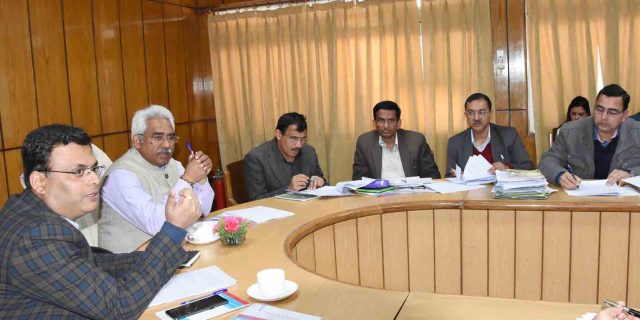 By OUR STAFF REPORTER
DEHRADUN, 27 Dec: Uttarakhand Urban Development Minister Madan Kaushik chaired a board meeting of the ‘Uttarakhand Awas Vikas Parishad’ at Vidhan Sabha, here, on Thursday.
The private builders were asked to offer proposals in PPP mode for the ‘Pradhan Mantri Awas Yojana’ and ‘Sabko Awas Yojana’ at the meeting. A total of 37 applications for 11,368 houses were received and eleven applications were found to be correct, initially. A five member committee headed by Additional Secretary, Housing, will scrutinise the received applications and give its recommendations to the government.
The logo of the Uttarakhand Awas Vikas Parishad was also released at the meeting. It was stated that the press release for ‘Sabko Awas’ ought to be issued again and a website of the Parishad also be made. Secretary, Housing, Nitish Jha, Additional Secretary Panthri and other officers were present at the meeting.