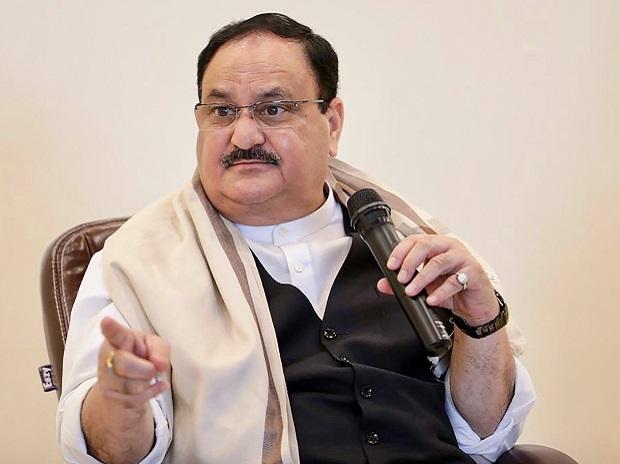 Dehradun, 18 Aug: As had been indicated by Garhwal Post earlier this month, the two day tour of BJP President JP Nadda has been finalised for this month. The BJP National President will arrive in Dehradun on 20 August and stay at a hotel in Bhopatwala (Haridwar), as he intends to hold meetings in both districts.
Nadda will hold around 11 scheduled meetings in Raiwala (Dehradun) and in Haridwar on 20 and 21 August. This tour of Nadda is to review the party level preparations for the upcoming assembly polls in Uttarakhand and to galvanise the party cadre.
Sources in the party claim that senior national level party leaders will now regularly visit the state to boost preparations of the party for the upcoming elections. Despite being a short tour of just two days, Nadda’s itinerary is fully packed and the location of meetings has been fixed not too far from the airport to get the maximum out of the short time available, as well as to avoid personal invitations.
Apart from a special meeting with the state general secretaries of the party, Nadda also intends to participate in a BJP Core Committee meeting and convey the message for a united fight and hard work. The agendas of the other meetings are being finalised by the three general secretaries of the party. Sources say that the party is well aware that, as the party in power, it may face some anti incumbency and questions regarding frequent changes in guard, with the past five years of the party’s rule already having seen three chief ministers. Besides this, for the first time ever since the formation of Uttarakhand as a separate state, a new party Aam Aadmi Party (AAP) is also in the fray making very serious efforts. In the past two months, several top leaders of AAP, including the party convenor Arvind Kejriwal and Manish Sisodia have toured the state several times. However, sources state that there is a belief that AAP would potentially play spoilsport for the chief opposition party, the Congress, and indirectly benefit the BJP. At the same time, on certain assembly seats, it could dent the performance of the BJP as well. Therefore, the focus in coming months would be to keep the party cadres and leaders happy to prevent poaching by AAP. Some Congress and some BJP leaders and senior party workers from both the parties have already switched their allegiance to AAP.
Sources add that, as is the usual policy in the BJP, the focus during the meetings would also be on assigning multiple tasks and responsibilities from the top down to Panna Pramukhs and make them active from now, itself. Now that the Corona pandemic is on the ebb in the state and there is no indication of a possible third wave over the next two months, the party is hoping to take the party cadres out of their homes and make them toil in the field. Person to person contact and taking feedback at the grassroots level will be the focus of the party over the next two months. This time, the party is paying special focus to improving its performance in the Kumaon region and to quell some discontent prevailing in the party there. Nadda is also expected to visit the state again and stay in Haldwani, that time.
BJP State President Madan Kaushik is busy holding meetings to prepare for Nadda’s visit and also giving feedback of the political situation to him on behalf of the party. He has also given the final nod to the welcome programmes fixed for Nadda’s visit to Doiwala, Raiwala and Bhopatwala (Haridwar).
Kaushik informed media persons that Nadda would reach Jolly Grant Airport from Delhi on 20 August. From there he would reach Raiwala via Doiwala as part of a rally and would be welcomed at several places along the route. A grand welcome has been organised at Bhaniyawala, Chhiderwala, Nepali Farm and Raiwala. A meeting on the first day of his tour would be held with the state office-bearers, district presidents, presidents of the fronts and secretaries. At 4 p.m. on the first day, there would be a meeting with MPs, MLAs and ministers. There would be a separate meeting with the state president and the general secretaries. Nadda will also interact with ex-servicemen at Raiwala on 21 August.
It may be pointed that BJP in Uttarakhand relies a lot on ex-servicemen for support and realises that some other parties, including AAP, are trying to dent this by inducting ex-servicemen as their candidates. Kaushik added that the meetings lined up for Nadda included those with MPs, MLAs, BJP State Office-Bearers, district presidents and panchayat presidents, etc. He would also hold a meeting in Haridwar city, while most others would be held in Bhopatwala.