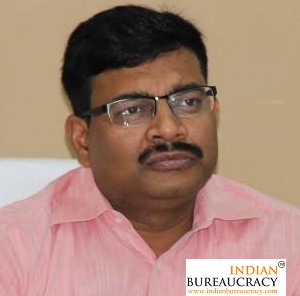 By Our Staff Reporter
Dehradun, 4 Oct: The Uttarakhand Government has claimed that there is a possibility of some mischievous elements trying to incite violence in parts of the state and has, therefore, invoked the National Security Act for the next three months. As per the orders issued in this respect under the signatures of Additional Chief Secretary, Home, Anand Vardhan, the government feels that there have been some violent incidents in the state in the recent past and attempts to disrupt law and order.
The order further states that there is a strong possibility that anti-social elements may attempt not only to incite violence but also create hurdles in smooth functioning of essential services. It has been considered important by the government to ensure that no violence happens or adverse law and order situation develops. Therefore, the provisions of the National Security Act have been invoked for next three months under the powers granted under Section 3 and sub section 3 of the National Security Act, 1960. The District Magistrates have been empowered by the government to take action under the Act against antisocial elements that may be found attempting to incite violence, indulge in violence or create hurdles in running of essential services in their respective districts. Not only that, the government has also invoked the Essential Services Maintenance Act (ESMA) in view of various organisations of government employees threatening to go on strike at a time when the state assembly elections are just about 4 months away!
It may be recalled that under the National Security Act, anyone considered to be a threat of any kind to national security can be arrested under its provisions. The NSA gives additional power of arrest and strict action against those booked under the Act. Under special circumstances, those considered a threat to law and order of any particular area or region can also be arrested under the NSA, as also those who attempt to obstruct essential services.
Political pundits are relating the invoking of the NSA to recent violence that occurred in Lakhimpur Kheri, Uttar Pradesh.