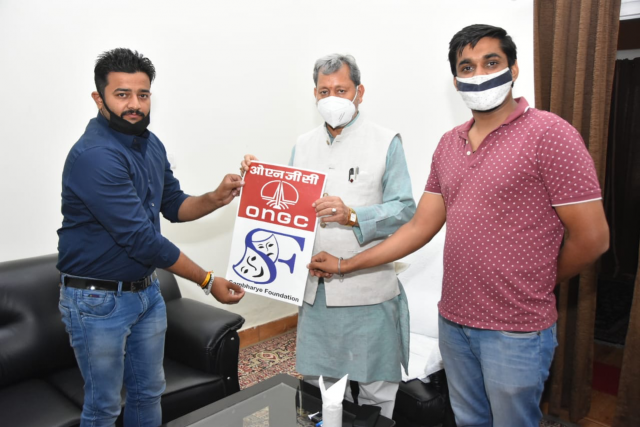 Dehradun, 15 Jun: Oxygen generation plants have been installed by organisations with ONGC support at Community Health Centre, Satpuli, and Development Block Kot in Pauri District. With this oxygen generation plant around 20 people can be given oxygen simultaneously.
Keeping in mind the way the second wave of Corona brought the whole world to its knees, these organisations set up this Oxygen Generation Plant. These preparations are expected to protect against the third wave of corona as well as help in fighting other calamities in the future.
Sambharya Foundation and Sonu Nav Chetna Foundation, organisations of Faridabad district of Haryana, have done the work in time. Abhishek Deshwal and Dr Durgesh revealed that ONGC Foundation specially supported this work. The organisations have installed 45 LPM and 8 LPM Compressor Oxygen Generation Machines at both the places.
Chief Minister Tirath Singh Rawat has also appreciated this work and assured all possible support to the institutions.
Along with this, lights were installed at the main intersections of Bounsari and Gheedi village of Pauri and rations given to some needy families of both the villages. MLA Mukesh Koli said that these oxygen plants installed in Satpuli and Kot blocks will greatly benefit the people of the surrounding rural areas, now they will not have to run to the city for treatment.
The local administration, public representatives and the local people profusely thanked ONGC CMD Subhash Kumar, Director, Human Resources, Alka Mittal, and Executive Director Parthiban, Executive Director- Head Corporate Administration Vijayraj and Executive Director Manoj Barthwal, along with the founders of both the institutions, Dr Durgesh and Abhishek Deshwal.