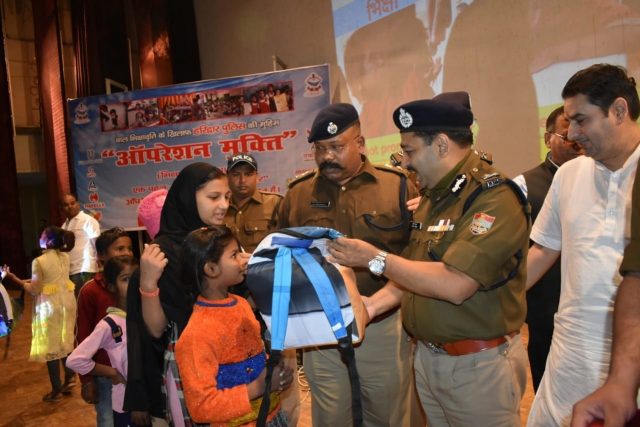 DEHRADUN, 2 Aug: Ashok Kumar, Director General of Police, Uttarakhand, had two months ago launched a special drive called ‘Operation Mukti’ to rid child beggars from begging and to motive the children involved in begging to get education. The campaign also aimed at rehabilitation of the child beggars and to make people aware not to give money to child beggars. As per the instructions, “Operation Mukti” campaign is being run again in all the districts for two months from 1 August, 2022 to 30September, 2022. The theme of the campaign is “Don’t beg, give education” and “Support to educate a child”. 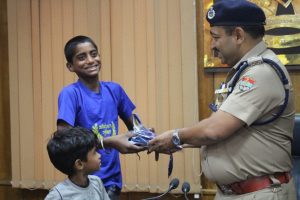 A similar exercise had also been taken in the year 2017 and has been undertaken regularly. Under the campaign, a total of 1430 children have been enrolled in schools/daycare homes by removing them from begging.

It may be recalled that the Bureau of Police Research and Development (BPR&D), Ministry of Home Affairs, Government of India has published a book on the good work being done by the police and other police organisations of different states across the country in that direction as envisaged by the Prime Minister. A detailed article on Operation Mukti Abhiyan has been published in the edition of “Best Practices on Smart Policing”.

Ashok Kumar informed that the Operation Mukti involves preparing complete details of children and their families involved in begging in the attached format and to mark such children who are to be enrolled in schools/day care. This is followed by creating awareness in public urging everyone not to give alms through the campaign run through distribution of pamphlets and use of social media and short films. Finally, efforts are made to remove the children involved in begging and counselthem and their parents and to provide education to the children and to provide employment to their parents. If children are found involved in begging again, registering a case against their parents and taking action against them and if there is any doubt, take action for DNA test.

Garhwal Post has established itself as a credible, balanced and forward looking newspaper in India. Based in Uttarakhand, the daily is read by the aware, socially and culturally responsible, high-income elite of society.
Contact us: info@garhwalpost.in
date for lent 2022