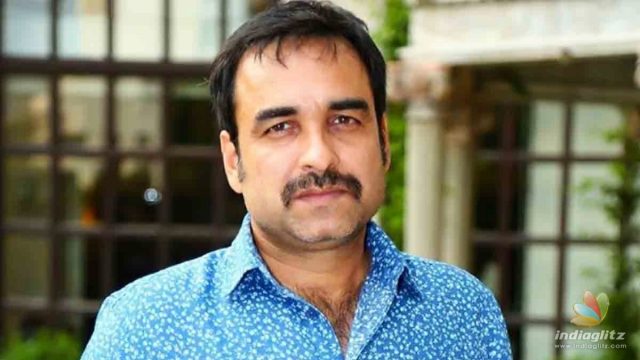 Rarely does it happen that an actor appeals to both cinelovers and cinephiles. The medium of cinematic art is such that one can be on either side of the fence but Pankaj Tripathi seems to have cracked the code to make a place for himself in the hearts of the audience across the board.
An arthouse film, a potboiler, an independent film, a comedy, slice-of-life or a gangster crime drama; you name it and the actor has it under his belt. For him acting comes as naturally as existence.
The actor, who will be next seen in ‘Bunty Aur Babli 2’, a reboot of the 2005 memorable Yash Raj Film, recently spoke to IANS about his upcoming film, the growth of audience, the roadmap ahead for films and his alma mater; National School of Drama.
Here are some excerpts from the interview:
The actor plays a wicked cop in the film, talking about his character and his worldview, he says, “This character thinks of himself as very intelligent, he feels that he can crack even the most complex cases and thinks himself to be a super cop. He is quite contemporary, there is a dialogue in the promo where he says, ‘Beta Nirav Modi ka pata poocchne toh Fursatganj aayenge nahi (I haven’t come here to ask the whereabouts of Nirav Modi)’. So he is aware of what all is going on in society.”
“But, the modern con artistes have entered the game, who are very intelligent and are technologically brilliant. How the character will nab the new set of con artistes forms the crux of the story,” he explains.
Pankaj believes that an actor is a co-author to the script. When asked about what all additions he did to his part in the YRF movie, he says, “The universe and traits of the characters are defined by the scriptwriter and the director. This film is a family entertainer and one tends to take cinematic liberties in such kinds of films.”
When probed if he has modelled this character on any person from real life or literature, he quips, “I had met a cop in Bihar. So, when I was listening to the narration, I was immediately reminded of that person. He used to behave like the hero of a masala Hindi film. Although I was reminded of that person, I didn’t borrow heavily from him for this character. What you see in this film with reference to my character, was written on paper and I have built on the material which was given to me.”
“An actor is the co-author of a script in the sense that even if he or she doesn’t add to the writing part, they bring a character to life. They translate what’s there on paper to living flesh and bone. Whatever the writer wishes to convey, we, the actors become a medium to deliver their words, their lines and thoughts,” he concludes.