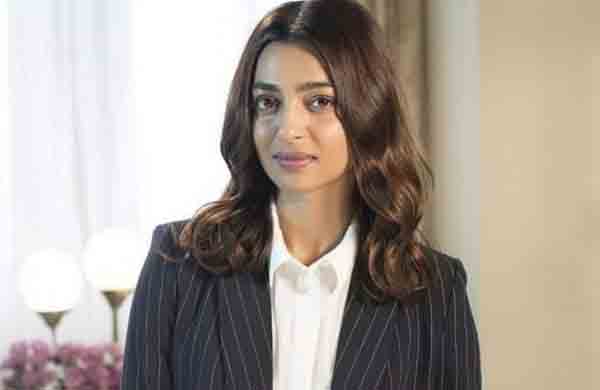 Actress Radhika Apte has realised she was doing a lot of work just because of the fear of missing out, and says she is now determined not to take up work under pressure. The realisation dawne don her when the world was under lockdown due to the Covid-19 crisis.
“I realised that I’m grateful to get a lot of work and I have chosen work only when I wanted to do it. But there were a lot of other things I was doing with work, which are part of work and are a part of my job. I was doing these just out of FOMO,” Radhika told IANS via zoom call.
“I did so just because I didn’t want to miss out or just because others were doing it. In this time, when no one was doing anything, I was really chilled. I didn’t want to do it either,” she added.
The actress continued: “I realised, ‘Oh, I wanted to do it because others were doing it. If others don’t do it, I don’t want to do it’. So, just to distinguish between what you really want to do and what you’re doing out of pressure — that’s what I’ve learned in these few months and I don’t want to do things out of pressure anymore. Let’s see how long that lasts.”
Radhika entered the industry with a small role in the 2005 release “Vaah! Life Ho Toh Aisi!”, and went on to do films like “Shor In The City”, “Kabali”, “Phobia”, “Badlapur” and the short film “Ahalya”.
The actress is credited for breaking the stereotypical image of the Bollywood heroine with her roles in “Phobia”, “Badlapur”, “Manjhi: The Mountain Man”, “Lust Stories”, “Sacred Games”, “Pad Man” and “Ghoul”.
Radhika is currently seen in “A Call To Spy”, the international production capturing the story of three female spies during World War II. In the film, Radhika plays British spy Noor Inayat Khan, also known as Nora Baker, who served in the Special Operations Executive during the war.
Looking back at the challenges of playing the role, Radhika shared: “The biggest challenge is when you are trying to portray a real life person. It is so difficult because you have a huge responsibility, you can’t just come up with things. So, it was difficult because there are no clips or anything that you can watch. It’s just literature and photographs. She is a very unique personality, not just because of a geographical diversity, but because of a spiritual inclination, and her philosophy, and her reasons behind participating in the war.”

Garhwal Post has established itself as a credible, balanced and forward looking newspaper in India. Based in Uttarakhand, the daily is read by the aware, socially and culturally responsible, high-income elite of society.
Contact us: info@garhwalpost.in
free muslim dating sites in usa