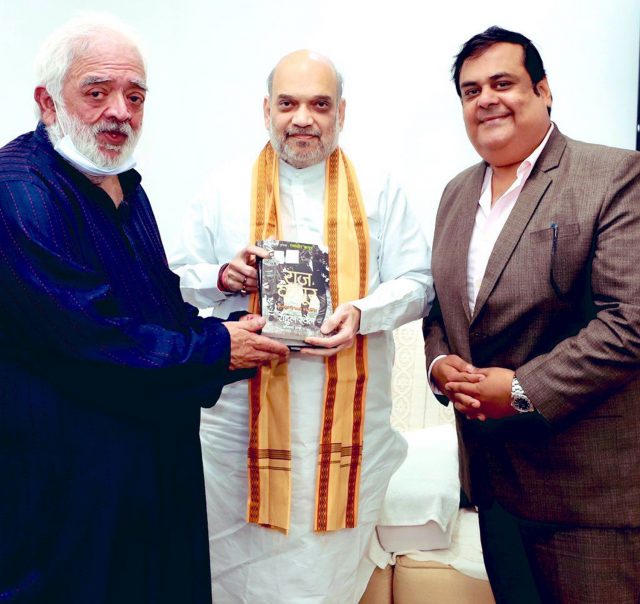 NEW DELHI, 5 Aug: Wellknown Bollywood filmmakers Rahul Mittra and Rahul Rawail called upon Home Minister Amit Shah at Parliament House in the capital city today and presented him copies of the recently released book, ‘Raj Kapoor: The Master at Work,’ written by Rahul Rawail in English, Hindi & Gujarati. Right after the meeting, Rahul Mittra shared a photo & tweeted: @rahulmittra13 It was great to call upon @AmitShahji at the Parliament House today along with @Rahul Rawail Ji & present him copies of #Raj Kapoor The Master at Work. Appreciate the Home Minister’s warm courtesy & affection during our interaction and his love for cinema, #Raj Kapoor & the arts!

Garhwal Post has established itself as a credible, balanced and forward looking newspaper in India. Based in Uttarakhand, the daily is read by the aware, socially and culturally responsible, high-income elite of society.
Contact us: info@garhwalpost.in
https://garhwalpost.in/free-online-dating-site/