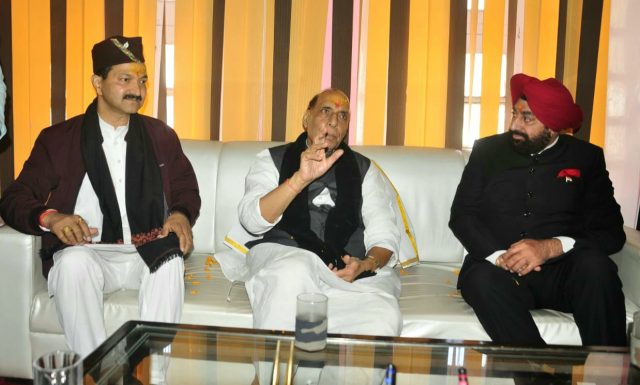 Dehradun, 5 Oct: Defence Minister Rajnath Singh flew to Auli today on the occasion of Dussehra. Here he performed ‘Shastra Puja’ at the base camp of the army. Rajnath celebrated Vijayadashami with Army and ITBP personnel at the forward post on the China border later this afternoon.  Earlier in the day, he had also reached Badrinath Dham and obtained darshan of Badri Vishal.

Garhwal Post has established itself as a credible, balanced and forward looking newspaper in India. Based in Uttarakhand, the daily is read by the aware, socially and culturally responsible, high-income elite of society.
Contact us: info@garhwalpost.in
https://garhwalpost.in/over-40s-dating/