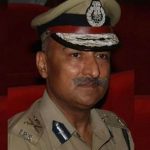 The people of this Himalayan State have been aghast at the recent murder of a young girl in Lakshman Jhula area of Pauri district. The incident has brought the obsolescence and inadequacy of the Revenue Police (RP) to the fore. The report about the missing girl was lodged with the local RP, however, it was not promptly investigated. Crucial time was lost due to unprofessionalism. By the time the case was transferred to the regular Police, the victim had already lost her life. On being assigned the task of investigation, the Police promptly arrested the accused and recovered the dead body. Sadly, we will never know whether the life of the girl could have been saved if the RP had immediately taken up the investigation.

The incident has provoked grave revulsion in society leading to street protests organised by people to express their anguish. The RP system in the hills of Uttarakhand has no parallel in the rest of the Country and the World. In this system, inadequately trained, ill-equipped Patwaris, who do not wear uniforms, are assigned the important task of Policing as an incidental duty, over and above their main Revenue assignments! The Patwaris themselves have been reluctant to carry out these duties and have often gone on strike pleading with the administration to divest them of these functions! Some time ago, the High Court of Nainital, too, had observed its surprise at this strange form of Police.

The archaic system was introduced by the British in 1815. At that time there were no roads in these mountains. The primary preoccupation of the British was to fill their coffers by maximising revenue from the area, while incurring the least expenditure on administration. In those days, these hills were insulated from the outside world. There was hardly any crime, so for reasons of thrift, the British did not consider it prudent to appoint regular Police. Ramsey, the British Commissioner of Kumaon, drawing power from the Schedule Districts Act, assigned additional Police functions to the Patwaris, who were already discharging Revenue duties. Through an executive order, he designated the Patwari Chowkis as Police Stations and empowered the Patwaris as Station Officers of Police! They were to be supervised by the Kanungos, SDMs and DMs. Ironically, the Schedule Districts Act that created the RP system was later repealed by the British! With the passage of time, due to the ingress of roads and an increase in the number of people visiting the hills, the crime figures experienced a spurt. After Independence, Police Stations were introduced along the roads. Since the creation of the new State, there has been a marked improvement in the network of roads in the hills. As a result, tourists are now flocking even to the remote corners. The Government too has been sanctioning new Police Stations at regular intervals. This has signficantly reduced the area under RP. However, substantial parts of the mountains are still under the RP system. From the perspective of security, such locations become “weak spots” creating security gaps. We saw the consequences of one such “weak spot,” unfolding when the recent tragic murder of the young girl was committed near Lakshman Jhula!

Modern Technology, automobiles, internet and cellular telephones have made life convenient for us. On the flip side, however, the very same facilities have also opened up a window of opportunity for the diabolical to indulge in crime. Today’s Police need to be professional and modern in order to effectively outwit the clever criminals. It needs to constantly work in tandem with the Police of other States. The RP is hopelessly inadequate to perform this task. If Uttarakhand really wants to become a modern and prosperous State as the Prime Minister intended it to be when he declared that the coming years will be Uttarakhand’s decade, then the Patwaris should be divested of their Police functions and the State should replace RP with a regular and modern Police!

The regular Police in turn should endeavour to constantly improve its professionalism in order to serve the people with greater efficiency!

(Anil Raturi is a retired IPS Officer and served as DGP, Uttarakhand).

Garhwal Post has established itself as a credible, balanced and forward looking newspaper in India. Based in Uttarakhand, the daily is read by the aware, socially and culturally responsible, high-income elite of society.
Contact us: info@garhwalpost.in
casual hookups sites online dating anxiety