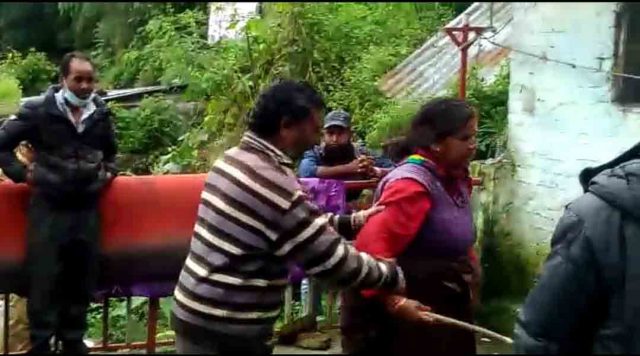 By OUR STAFF REPORTER
MUSSOORIE, 4 Sep: A team of the municipal administration reached Shifan Court, today, to remove encroachments and had to face heavy opposition from the people living there. During this, a young woman fainted from shock and was taken to the Civil Hospital with the help of the local people. The people living there said they had been instructed by the administration to vacate their houses by 10 September regarding which they had submitted affidavits, but they continued to face harassment from the municipality.
The poor and working people were very upset, with young children and women feeling traumatised. They said they were facing problems in finding rooms for rent. Many people had also fallen ill. They lamented that neither the government, nor the public representatives were supporting them.