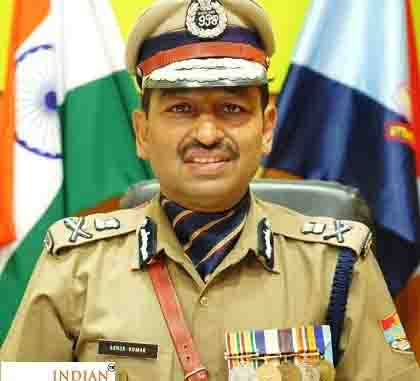 By Arun Pratap Singh
Dehradun, 19 Dec: Newly appointed DGP Ashok Kumar continues to be very proactive towards improving the functioning and performance of the state police and in this respect a meeting of Police Establishment Committee was held under his chairmanship in which some very important decisions were taken, to form a new transfer policy for non-gazetted police officers. The bigger question is however whether this newly approved transfer policy will actually be effectively implemented at all.
In Uttarakhand, many non gazetted police officers too have direct access to the top leadership of the state and often manage to get desirable postings despite the resistance of the senior police officers. They also often manage to get their transfers to undesired places cancelled using their political connections, often leaving senior IPS officers in charge of the respective district frustrated.  Even senior police officers having direct political links continue to be regularly posted on their desired positions. No senior state level police officer of DGP or equivalent level has openly dared to resist this trend. This is despite the fact that the transfer policy including the this newly approved policy clearly mentions that any police officer found using political influence in respect of his transfer or posting would be liable to  disciplinary proceedings. This hardly happens however at least in Uttarakhand.
However, on the surface, the new transfer policy approved today by the Police Establishment Committee chaired by DGP Ashok Kumar does appear to be sincere and quite rational. According to the new policy, the total appointment period of the Inspector and Sub-Inspector level officers in four plains districts (Dehradun, Haridwar, Udhamsinghnagar and Nainital) shall not exceed 8 continuous years and in the hill districts (Tehri Garhwal, Pauri Garhwal, Chamoli, Uttarkashi, Rudraprayag , Almora, Bageshwar, Champawat and Pithoragarh), the appointment period shall not exceed 4  continuous years.  As per the new policy, the appointment period in the main districts of the chief constables and constables will be not more than 12 years and 16 years respectively and in the district, the appointment period will not be more than 6 continuous years and 8  continuous years respectively.
The new transfer policy further states that the annual transfers will be done in the month of March and the transfers will be compulsorily completed by March 31. Three options will be sought for appointment / transfer from personnel who complete the appointment / promotion and the stipulated time period, out of which 1 option will be mandatory for the hill district. As far as possible, appointment / transfer will be done under these three options only.
The appointment period of police force personnel in non-district offices (except Police Headquarters) will be maximum 3 years. In case it is felt necessary to extend the posting period of the concerned personnel, the proposal will have to be made before the Police Headquarters with full justification for the extension sought for posting period of the concerned personnel. In case approved, the duration of the posting can at best be extended for a maximum period of 2 years only and in the order related to the extension of the posting period, the rationale for increasing the appointment period will have to be clearly mentioned. The maximum posting period of Inspector / Sub-Inspector / Chief Reserve / Constable will be 3 years in a police station and checkposts  under that particular police station.
Posting period in CPU / ATS / Anti Drugs Task Force will be 3 years. If after completion of the engagement period of any official concerned in these units, it is felt necessary to extend the posting of official concerned, then the proposal of the office concerned with full justification to extend the s engagement period by up to 2 years on the basis of the efficiency of the official concerned will have to be submitted to the police headquarters . A final decision will rest with the Police Headquarters.
If an officer /employee has only two years  of service to retire, he will be posted in one of the three districts / branches as per his wish. It may also include the home district (excluding home tehsil / home police station) of the concerned person.  If the posting period of an officer / employee has been completed in the four plains districts, then it will be compulsory to complete the appointment period prescribed in the nine hill districts before the concerned officer / employee is again appointed to the 4 plains districts.
All the cadres appointed in the Police Department, Chief Constable / constable, whose home district is Pithoragarh, Bageshwar, Champawat, Chamoli and Rudraprayag, can be appointed / transferred to their said Home Districts as far as possible in relation to vacancies. Personnel appointed in home district will not be appointed in their home tehsil / home station.
If the husband and wife are in government service, they should be posted in the same district / city / place as possible.  If any police personnel tries to exert any kind of external pressure in relation to orders and transfers, it will be considered as violation of this act / conduct by the Government Employee Conduct Rules. According to the relevant provisions of 2003, in relation to suspension, taking disciplinary action will also be considered. This last decision is however easier stated than actually implemented in most cases.

Garhwal Post has established itself as a credible, balanced and forward looking newspaper in India. Based in Uttarakhand, the daily is read by the aware, socially and culturally responsible, high-income elite of society.
Contact us: info@garhwalpost.in
old woman and young man meet uk singles