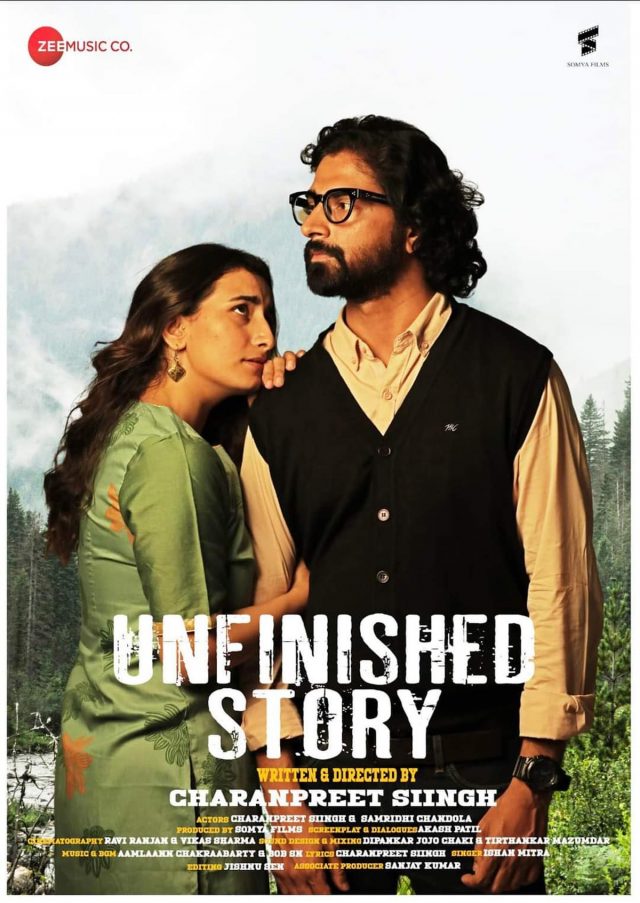 Mumbai, 4 Aug: Charanpreet, who has acted in several Hindi movies like ‘The Train’, ‘Ra.One’, ‘Zanjeer’, ‘Saheb Biwi Aur Gangster Returns’, ‘Ungli’, ‘Sarbjit’ and ‘Haseena Parker’, and has also worked as dialect coach for various Bollywood A-listers like Tiger Shroff and Jacqueline Fernandez (for A Flying Jatt), Aishwarya Rai Bachchan and Randeep Hooda (for Sarbjit) and Arjun Kapoor (for Mubarakan), makes his directorial debut with the movie, ‘Unfinished Story’.

The film is shot in picturesque Uttarakhand and tells the story of a disconcerted writer and his evolving relationship with his newly-hired assistant. It’s a journey of discovery and remembrance for the duo as they go about completing the unfinished stories, both fictional and their own.

Charanpreet, who plays the lead, shares the screen with Samridhi Chandola, who plays his writing assistant. Involving several actors from Uttarakhand, it’s produced by Somya Films.

The poster and the first look of the film has been revealed by ace director Anees Bazmee, who recently gave the blockbuster film, ‘Bhool Bhulaiya 2’.

The songs are out on Zee music and are already being liked by the audience!

Unfinished Story is releasing in cinemas on 5 August 2022!