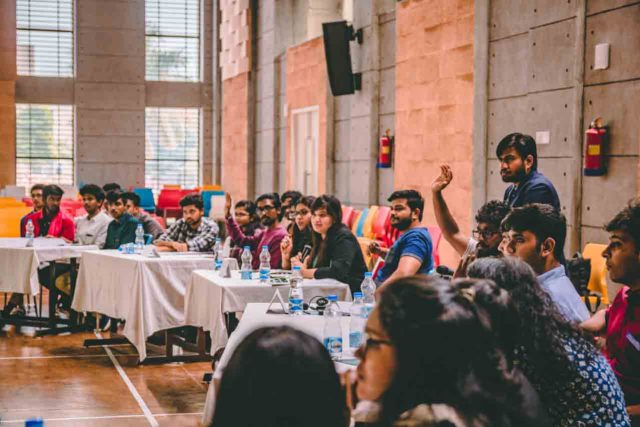 Dehradun, 14 Nov: UPES outbid top institutions of the state to organise India’s biggest urban planning event, ‘NOSPlan 2019’, in its campus. The accomplishment is an outcome of the diligence of the ‘Department of Planning & Architecture’ under the School of Engineering (SOE) of UPES. The ‘National Organisation for Students of Planning’ Convention – popularly known as ‘NOSPlan’, is to be organised and hosted by UPES from 26 to 28 December.
Briefing the media on the news, Arun Dhand – Sr Director, UPES, stated, “NOSPLAN is an organisation that develops the community of Town Planning Students to put forward new ideas for smart and sustainable development. It was setup in 1970 by IIT – Kharagpur, and School of Planning & Architecture (SPA), New Delhi, to work for the betterment of the Planning Profession and the first such Convention was held at CEPT, Ahmedabad in 1975.”
Head of Department Dr Nihal Anwar Siddiqui added, “We look forward to a grand NOSPlan 2019 at the UPES campus and expect participation by over 700 delegates from its 30 member prominent colleges and universities. The three-day convention will allow the students to highlight their talents based on this year’s convention theme. It would be the 21st Edition of NOSPlan.” According to Vibhor Goel, Assistant Professor, Architecture Art & Design, the ‘Faculty Coordinator’ for the event, revealed that a two-day long ‘National Council Meet’, considered a pre-convention meeting for NOSPlan, was held at the Bidholi campus of UPES, recently. The categories of events to be organised, mode of funding of the event, the dignitaries to be invited, its marketing strategy and deliberations on current practices in the sphere of town planning, etc., were discussed. “The theme of the convention is ‘Parivartan’,” he revealed.
Ankur Chaudhary, Assistant Professor, stated that 60 delegates from 15 member colleges and universities attended the meet. The student volunteers team that were a part of the organising team of the ‘National Council Meet’ comprised o Harsh Jha; Tanmay Jain; Anuj Thakur; Nishank Agarwal; Rituraj Malik; Harshita Mishra; Kushaan Kapur; Vaibhav Bhargav; Maitri Singhai; Khushwant Singh and Kulbeer Singh Rawat from B Plan Programme.