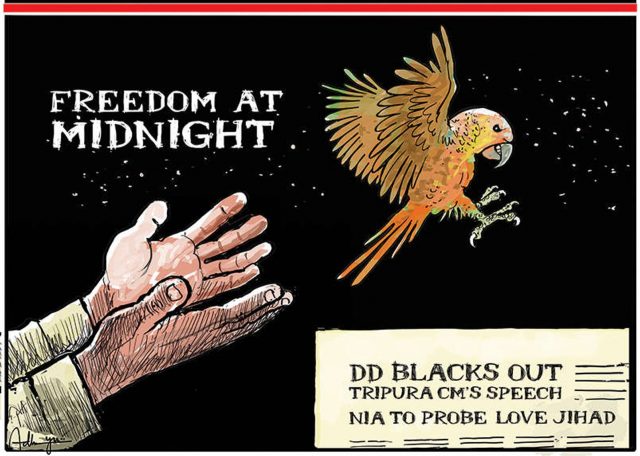 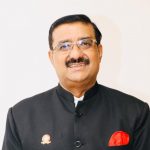 On the occasion of the 75th anniversary celebrations of our Independence or Azadi ka Amrit Mahotshav, as it is now called, inevitably, one is reminded of the celebrations during the Golden Jubilee Celebrations 25 years ago. One tends to remember the many midnight functions organised then to mark our ‘Freedom at Midnight ‘and the concomitant inconveniences one had to go through groggy-eyed! Mercifully, this time around, we are spared such nocturnal celebrations, but the question that continues to be asked, why on earth did we choose to be free at an unearthly hour? Was it by choice or by compulsion? What was special about that midnight hour for our “tryst with destiny”? Have you ever wondered? And thereby hangs a little tale, not widely known, that I will recount below.

To answer these questions, I need to jog my memory back to 1980s, when as a research scholar in JNU I had a gap year. Having completed the course work for MPhil with a high grade point, I was eligible for direct PhD (for which I registered, though not a priority for me then), but was underage to appear for the Civil Services Exam. As I was relatively free, my Professor and guide asked me to help the internationally celebrated authors Larry Collins and Dominique Lapierre (of ‘Freedom at Midnight’ fame) to edit the personal papers and private documents of Lord Louis Mountbatten, the last Viceroy, which they had collected for their best seller publication. That’s how I was swamped by huge loads of material which I had to ferret out for new publications, later brought out in two separate volumes, viz ‘Mountbatten and the Partition of India’ and ‘Mountbatten and Independent India’.

That is when I stumbled upon an interesting interview of Lord Mountbatten by the authors of the book during their course of research for the international best seller, Freedom at Midnight. The recorded interview was published in the first part of the new publication, Mountbatten and the Partition of India. Let’s hear from the horse’s mouth, as it were, as Mountbatten recollects in these excerpts from his interview, characterised by his trademark arrogance and insouciance:

Q: The ceremony of August 15 had no precedent. Who invented it, engineered it?

A: Well, I discussed it with Nehru. The first and most amusing thing, of course, is that I had selected August 15 because it was the date of the Japanese surrender (to me as the Commander of Allied Forces at Singapore) — which had only taken place, don’t forget two years ago – but I hadn’t consulted the astrologers. As you know, the Indians are riddled with astrology. I didn’t realise it. On an inauspicious day, one could do nothing. Well, Nehru didn’t believe in astrology but, he said, so many people did, and that I’d chosen an unpropitious day. I suppose it was silly of me not to consult the astrologers, but I had forgotten.

“Never mind. If you agree that we can have a midnight meeting and just before the midnight strikes, we’ll transfer power, that’ll be all the more auspicious.”

“And I thought – what a marvellous, dramatic idea, having a midnight meeting while the rest of the world sleeps – and you’ll remember … This was done, not because we wanted a dramatic moment, but because I’d chosen the wrong day! Because the astrologers said it wasn’t propitious!”

So there you are …That is how we were saddled forever by Freedom at Midnight, as an uncomfortable compromise between Viceregal arrogance and astrological adjustment or upaay, as it’s often called. While the date was fixed arbitrarily by an egotistical Viceroy, what is surprising is that the Indian leaders rather meekly submitted to his whims and fancies! When Nehru broached it with other leaders, apparently there was stiff resistance particularly from Sardar Patel and JB Kripalani, who wanted to avoid the inauspicious day. Eventually, it was left to an ingenious astrological subterfuge to resolve this conundrum. This is how it was done.

As per the Hindu calendar of tithis (days as per solar/ lunar cycle) begin at the sunrise, while as per the Western (Gregorian) calendar, the date begins at midnight. This crucial difference afforded a slim window of opportunity to work out an astrological solution (upaay) to this difficult dilemma. As per the astrologers, 15th August,1947, which fell on the 14th day (chaturdashi) of dark fortnight (Krishna Paksha), with the most inauspicious new moon day (Amavasya) setting in too had to be avoided by all means. Thus, as per the innovative compromise formula this could be achieved by avoiding the sunrise of 15th August, thereby avoiding the inauspicious dark chaturdashi/amavasya. But, as per the Gregorian calendar, the 15th would begin after midnight. So it was an ingenious tightrope walk that necessitated this midnight ceremony and the rest is history…

This apparently win-win formula was actually a difficult compromise that was more out of compulsion than choice. We had no choice when confronted by a supercilious Viceroy’s arbitrary choice of date, which smacked of scant disregard for people’s sentiments. But what was indeed disappointing was the meek submission of Indian leaders to his whims and fancies and going out of the way to adjust to his peccadilloes.

Thus, Freedom at Midnight became our “tryst with destiny” and, over time, became a symbol of dramatic transfer of power emulated in some other colonial countries like Hong Kong. For us, however, it remains a story of a queer compromise that defined the dilemma of our country during the initial years after independence, that lingers on in more ways than one.

(The author is a retired Special Chief Secretary of Telangana and the views are personal. He can be reached at bpacharya@gmail.com)

Garhwal Post has established itself as a credible, balanced and forward looking newspaper in India. Based in Uttarakhand, the daily is read by the aware, socially and culturally responsible, high-income elite of society.
Contact us: info@garhwalpost.in
https://garhwalpost.in/dating-new-ross/ farmers only dating site commercial