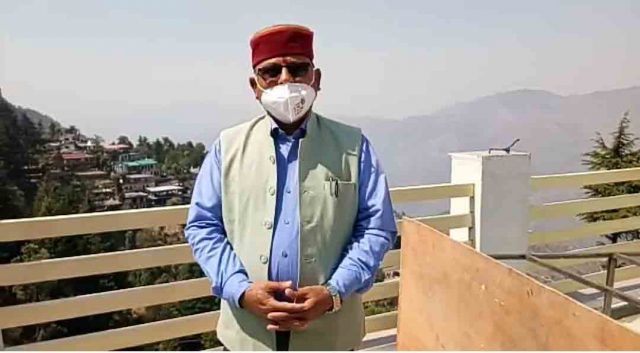 By Our Staff Reporter
Mussoorie, 4 Apr: BJP Rajpur MLA Khajan Das said at a presss conference here, today, that many important decisions are being taken by Chief Minister Tirath Singh Rawat for the development of the state. He mentioned the dismissal of ‘lal batti’ holders in this respect. He emphasised that, both, former Chief Minister Trivendra Singh Rawat and current Chief Minister Tirath Singh Rawat belong to the BJP. The decision on the CM being changed was in public interest. Das said that the corona infection in Uttarakhand was increasing rapidly, due to which strict measures are being adopted by the government and administration. The bureaucracy had been instructed by the Chief Minister on the first day of his taking over to listen to the public and the people’s representatives. He said that not everyone is the same in the bureaucracy, but there are some officers who are reluctant to do public work. They would not be tolerated under any circumstances.
He added that the BJP is always in election mode. It is a worker-based party which constantly works to redress the problems of the people and implement the public welfare schemes of the Centre and State. He expressed confidence that the BJP would win in election in 2022.