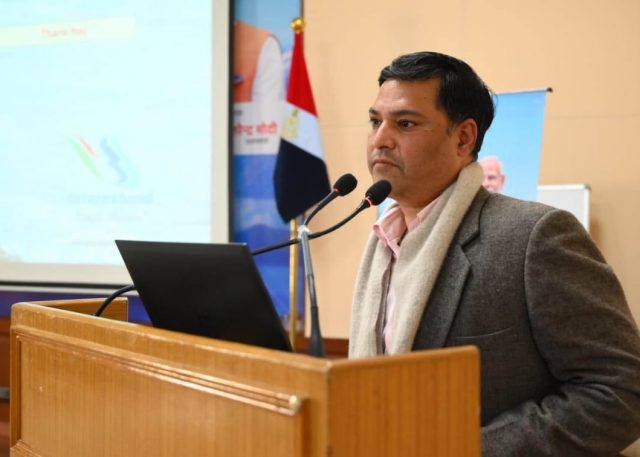 Mussoorie, 23 Nov: In the second session of the second day of the ongoing Strong Uttarakhand @ 25 Chintan Shivir at Lal Bahadur Shastri National Academy of Administration (LBSNAA), here, a detailed presentation was made on the subject of Tourism, Civil Aviation and Public Finance Policy and Management. 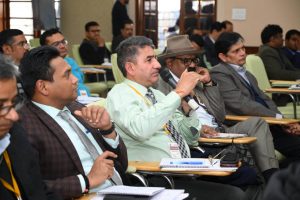 Beginning the presentation, Tourism Secretary Sachin Kurve reminded that tourism in the state is growing at the rate of 12 percent annually. As most of the tourists are coming here for religious tourism, and Himachal is ahead of Uttarakhand in the field of foreign tourists and adventure tourism, there is much scope for improvement.

Kurve added that work on construction of toilets on the yatra routes is being expedited. Fifty-two new toilet complexes have been sanctioned. He added that there are also many possibilities in the field of bird watching in the state. Asan Barrage is an emerging destination in this context. A master plan is also being prepared for Auli. Land acquisition work has also been started for the construction of an international level convention centre at IDPL, Rishikesh. New spots and locations are also being developed to develop winter tourism in Char Dham so that additional employment opportunities could be created for the local people. Special focus is being given to increasing tourism in Champawat, Bageshwar and Almora.

Regarding the ropeway projects, a ropeway had become functional in Surkanda, due to which the devotee footfall has increased by 32 percent. Work on the Dehradun Mussoorie-Ropeway as well as on the Yamunotri Ropeway is also progressing well. The foundation stone of a ropeway has also been laid at Kedarnath and Hemkund.

Kurve claimed that the home stay policy is working as a game changer in the home stay sector of the state. It has yielded significant results. An assignment based agency has been engaged for branding of tourism areas. Angling has also emerged as a new sector in the state. There is a lot of potential in Champawat in this area.

Additional Secretary, Civil Aviation, C Ravi Shankar said that the sector is progressing rapidly. He said that Uttarakhand is one of the few states where people are using Helicopters extensively. The Char Dham Yatra is an important reason behind this. However, he conceded that there is a lot to be improved in order to enhance the travel experience for tourists and local passengers, alike.

Addressing the session on Public Finance Policy and Management, Finance Secretary Dilip Jawalkar said there is an urgent need for the state to increase its financial resources. At present, 50 percent of revenue is coming from VAT and GST, while 10 percent comes from stamps. The remaining 40 percent is received from the departments. Other departments also need to do concrete work towards their income generation. He described the mining, excise and forest departments as important sectors which could play a crucial role in increasing the revenue of the state.