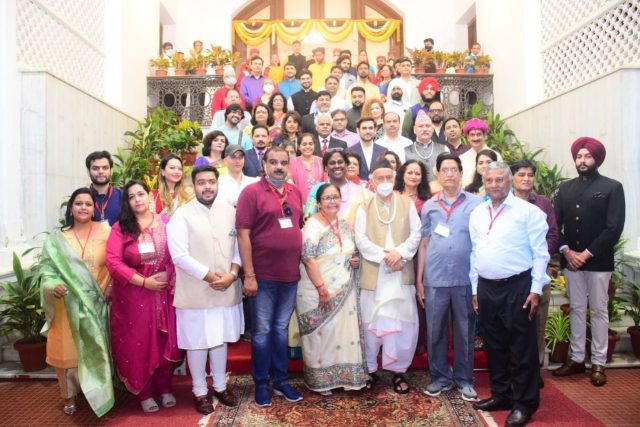 Mumbai, 16 Nov: Stating that as Minister of Energy and Irrigation in Uttarakhand, he could complete the Tehri Garhwal project because of the complete freedom granted by then Chief Minister Nityanand Swami, Maharashtra Governor Bhagat Singh Koshyari paid rich tribute to the departed leader, here, today. 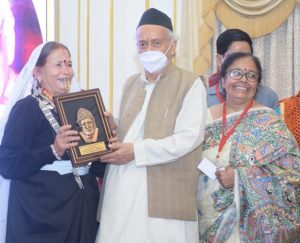 The Governor was speaking at the cultural programme, ‘Apnu Uttarakhand’, organised to celebrate the completion of 21 years of Uttarakhand state’s formation. The event was held at the Raj Bhavan, Mumbai.
The programme was organised by the ‘Shri Nityanand Swami Janaseva Samiti’.
The Governor said he had the honour of working closely with Nityanand Swami. He described Swamy as a combative leader and a dedicated social worker. He said that, despite the rough and tumble of politics, Swami gave him the affection of an elder brother. The Governor said the former Chief Minister was a successful lawyer who climbed the rungs of politics by dint of his affable nature and humility. 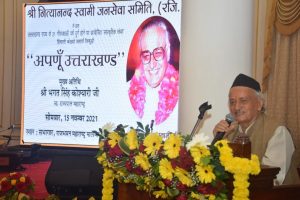 A cultural programme comprising folk songs was presented by a musical group from Uttarakhand. Vikas Bharadwaj, Shristi Kala and Aman Raturi sang on the occasion. Basanti Devi Bisht, who is a Padma Shri awardee, presented folk songs on the occasion. The Governor felicitated all the performing artists on the occasion.
Chairman of the Committee RK Bakshi, Vice Chairperson Jyotsna Sharma and Vinayak Sharma Swami were present. The programme was attended by Shina NC, Himani Shivpuri, Chitrashi Rawat, Shruti Panwar and Deepak Dobriyal from the film industry, as also Padma Shri awardee Dr BKS Sanjay. 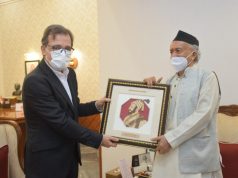