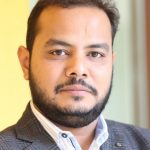 A mongst various of its forms, Bribery is a widespread form of corruption. Bribery is considered to be a more heinous form of corruption as the person who is not legally entitled to a right over something gets it in consideration of some value exchange, usually. Bribery involves at least two parties – one who gives the bribe and other one is at the receiving end. Though both the parties are legally culprit for spreading this crime, but through this write-up, I put a thought that the bribe giver in certain cases should not be penalised and receive mercy from the court of law. By doing this, the interests of bribe giver and bribe taker will be at variance, and bribe giver will be keener to help the law and make the bribe taker get caught. For the purpose of classification, bribes are of two types – one is harassment bribe and other one is non- harassment bribe. Harassment bribes are given by people to get what they are legally entitled to, e.g., bribe given to income tax officer to get the refund released. In these cases, the interests of the bribe taker are more corrosive to society as even after having a legal entitlement over something or to get his own thing, a person has to give some consideration to the bribe taker. This spreads anarchy in society and people are made to believe that its acceptable to give bribe in order to get the things done in time. In case of harassment bribe, usually the bribe giver gives the bribe by killing his conscience. He will be more interested in getting the bribe taker caught. Hence, in these cases if bribe giver has immunity from any punitive actions, there are fair chances that the bribe taker will be caught and penalised. Currently, since giving and taking bribe is a crime, both parties are subjected to punishment. Hence, the innocent bribe giver also doesn’t come forward and report against the bribe taker. Therefore implementation of this idea will definitely cut down the incidence of bribery. If, under current law, both parties are equally punished, then under the proposed system the bribe giver should be penalised at zero and bribe taker should be penalised at 2x. In the case of non- harassment bribes, the bribe giver is likely to get something by giving the bribe that he doesn’t deserve to get. He gets possession of something which is not supposed to be in his possession, such as bribes given to acquire the government contracts. Can in these cases, also, the bribe giver be provided immunity? The answer is No. By offering the bribe to get something that one is not entitled to induces a criminal offence and its consequences are much corrosive to society, the bribe giver should be penalised with heftier fines. In harassment bribes, the immunity to the bribe giver will not cause the bribery to vanish altogether, but the incidents will come down to a considerable extent. The bribe taker will fear complaints that may be lodged by the immunised bribe giver and, hence, he will not be keen to take a bribe. In my opinion, along with legal penalties and immunity, government may adopt some other measures to curb the malpractices of bribery such as by introducing and strengthening e-governance systems, whereby the interface between the public at large and public servants is made minimal. Further, if bribery is to be wiped out, we need to build the optimum cultural and social traits where there is no scope for corruption and generations to come are taught about the malign consequences of committing the atrocious crime that bribery is. This is only an opinion not limited to other individual beliefs at large.

(Shashank Agarwal is a thorough finance professional and is currently working with Kasiga School, Dehradun in the capacity of the Finance Officer).