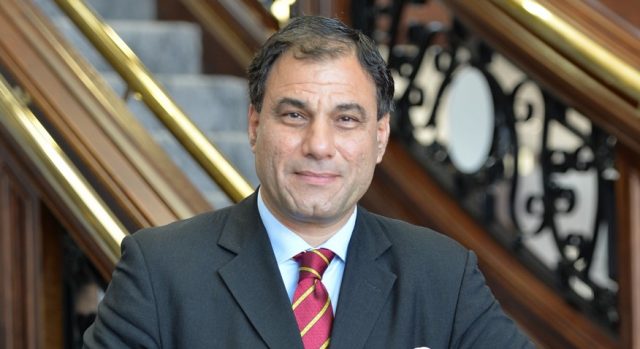 LONDON, 19 Jun: Lord Karan Bilimoria, whose roots are in Dehradun, was elected Vice President at the Confederation of British Industry Annual General Meeting today. Lord Karan Bilimoria is the founder of Cobra Beer, Chairman of the Cobra Beer Partnership Limited, a Joint Venture with Molson Coors, and Chairman of Molson Coors Cobra India. He is the Founding Chairman of the UK India Business Council, a Deputy Lieutenant of Greater London, and a former Chancellor of Thames Valley University (now the University of West London) – the youngest University Chancellor in the UK when appointed. Karan was a former Senior Non-Executive Director of the Booker Group now TESCO PLC (2007-2016); he is one of the first two visiting entrepreneurs at the University of Cambridge; and a founding member of the Prime Minister of India’s Global Advisory Council. In 2006, Karan was appointed the Lord Bilimoria of Chelsea, making him the first ever Zoroastrian Parsi to sit in the House of Lords. In 2008, he was awarded the Pravasi Bharti Samman by the President of India. He is an honorary fellow of Sidney Sussex College Cambridge and Chairman of the Advisory Board of the Judge Business School, Cambridge University. He qualified as a Chartered Accountant with Ernst & Young and graduated in law from the University of Cambridge. He is also an alumnus through executive education of the Cranfield School of Management, London Business School and Harvard Business School. In July 2014, he was installed as the seventh Chancellor of the University of Birmingham, making him the first Indian- born Chancellor of a Russell Group University in Great Britain. Karan is also the President of the UK Council for International Students Affairs (UKCISA). Since 2017, Lord Bilimoria has been a Bynum Tudor Fellow at Kellogg College, University of Oxford.