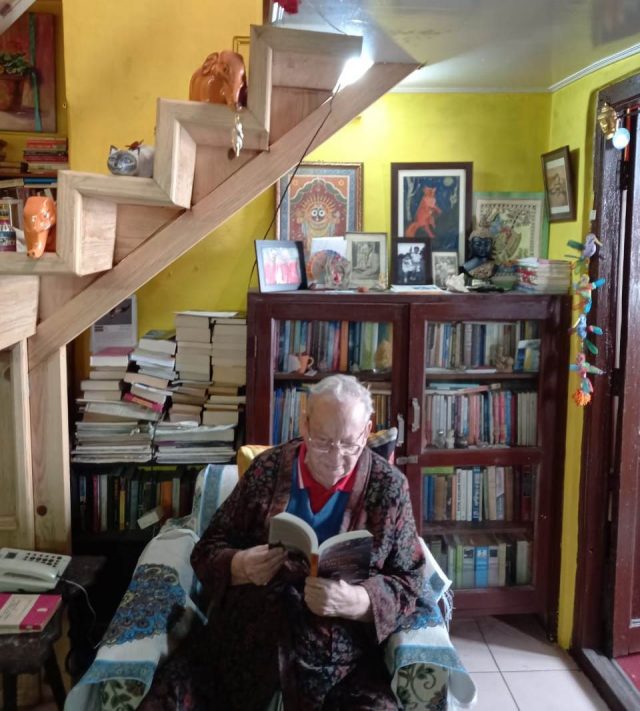 Burning Bright: A novel based on the adventures of Jim Corbett by Harnihal Singh Sidhu 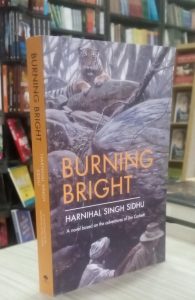 Edward James Corbett (1875-1955), better known as Jim Corbett or even Carpet Saheb or Gora Sadhu has been gone for over 64 years now. Yet, he continues to live in the hearts of the people of Kumaon and Garhwal in Uttarakhand, whom he served with love and compassion all his life, and the legion of admirers across the world who he enamoured with his simple and honest, almost unassuming description, of his encounters with wild life of the region and his interactions with the simple folk of India. That he put himself often at great risk to get rid of wild cats who had turned maneaters and a source of terror to the local inhabitants is woven into a story where there are no villains- the animal as much a victim of circumstances; and no hero either, as he refuses to paint himself in self-aggrandisement. Even though he left for Kenya in his twilight years, his love for India and its people, especially those of Chhoti Haldwani, the village he founded near Kaladhungi, shines through in his writings. This is what makes him so special and a continued source of admiration and inspiration even today.

While Corbett’s books continue to be bestsellers, Corbett himself has been the subject of many books. “Burning Bright” by Harnihal Singh is the latest in this collection. However, it is not a biography of Corbett. In fact, it does not lay claim to be even a formal history or an academic study. Instead, it weaves a delightful tapestry of facts and some fiction into a valuable and interesting story of the life and times of one of India’s most celebrated naturalists. What makes this account even more valuable is that it does not descend into fandom and makes no attempt to paint Corbett as a superhero.

The moral dilemma of Corbett, as he acknowledges, was his vanity that led him to shoot the Bachelor of Powalgarh, a record trophy but not a maneater, is poignantly described. When it came to despatching maneaters, Corbett was not beyond using all tools available to him. He used gin traps, cyanide capsules and poisoned bait at times, most notably after the man-eating leopard of Rudraprayag. When he shot the Mohan maneater when it was apparently fast asleep, Jim received his share of criticism for being “unsporting”. His response was, “if it’s man against man eater, it’s no holds barred- because lives are at stake.”

There are many such touching stories that spring to life from Harnihal’s pen. Jim’s days with the Railways and the time spent at Mokameh and Samaria Ghats in Bihar are lucidly described. The many people whose lives he touched – Ram Saran, Lalaji, Mothi, Putli, Chamari, Kunwar Singh, Punwa – to name a few, make cameo appearances through the book and only embellish the humane nature and goodness of one of Kumaon’s finest. He was a mentor and benefactor to those who came into his influence, always ready to stand with his gun between aberrant wild cats and the local folks.

The book has several references to a .275 Rigby bolt-action rifle used by Corbett. This rifle made by the world’s third oldest gunmaker, John Rigby & Co., was presented to Jim Corbett by Lieutenant-Governor of the United Provinces, Sir John Hewitt, KCSI, for killing the “Man-eating tigress of Champawat” in 1907. An engraved silver plaque recording its presentation is affixed to the butt. This rifle has now been acquired by its manufacturers and made a short visit to India in 2016. As I held it in my hands at my office as Director, Corbett Tiger Reserve in Ramnagar, I was overwhelmed by emotion. Later, at a public reception, people queued up reverentially to bow their heads to a portrait of Corbett and to have a chance to touch his rifle! This was repeated at every place the rifle travelled, including Kaladhungi, Chhoti Haldwani and Rudraprayag, only to show that Corbett’s place in local folklore and the pantheon of heroes stands undiminished.

I thoroughly enjoyed Harnihal’s narrative as he once again brings to life the legend of one of the greatest conservationists of our times. It brought back fond memories of my own days traversing many of the same roads, tracks and trails so vividly described by Corbett.

I have only two points to pick- to me Corbett’s story is incomplete without mention of FW Champion, a celebrated forest officer who took some of the first trip wire images of wild tigers and is also the author of two celebrated books on wildlife of the region. It was Champion who encouraged Corbett to move away from the gun and take up the camera. Secondly, together with the likes of Sir Malcolm Hailey, Frank Smythes, Champion and Barrister Mukundi Lal, Corbett built support for establishment of mainland Asia’s first National Park, present day Corbett National Park. It will always stand as the eternal legacy of this visionary.

I am sure this book will find its own pride of place amongst the books on Corbett. Also, that it will rekindle interest on the life and times of Corbett, who quite like the tigers he described, was a large-hearted gentleman with boundless courage. Indeed a befitting tribute to Jim. 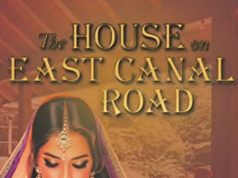 ‘The House on East Canal Road’ 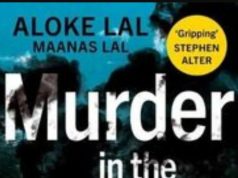 Garhwal Post has established itself as a credible, balanced and forward looking newspaper in India. Based in Uttarakhand, the daily is read by the aware, socially and culturally responsible, high-income elite of society.
Contact us: info@garhwalpost.in
https://garhwalpost.in/latin-matchmaker/