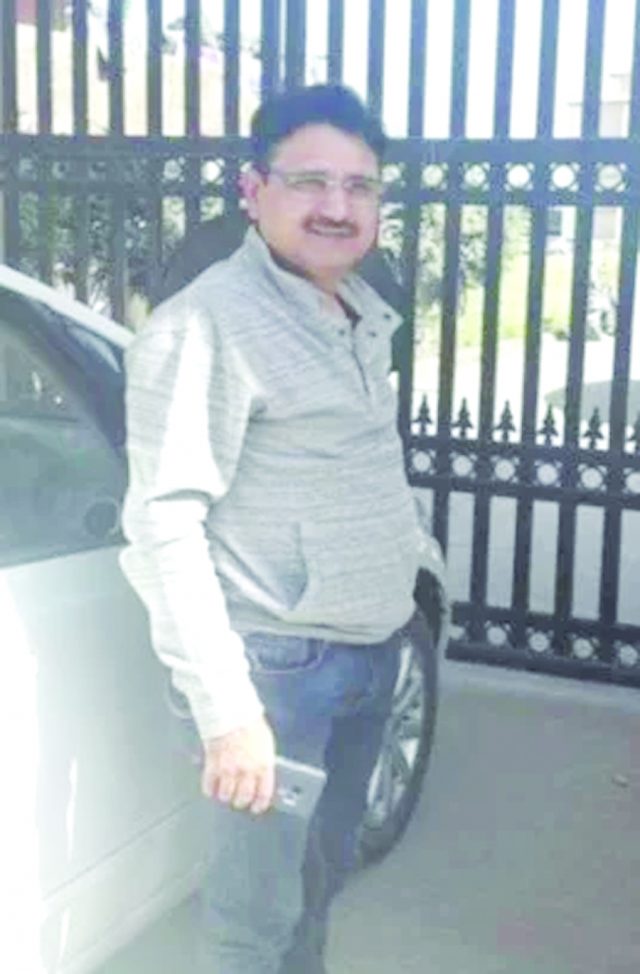 DEHRADUN, 3 Dec: Controversial ex-Registrar of Uttarakhand Ayurveda University and Uttarakhand Technical University, Mrityunjay Mishra was arrested at 4 p.m., today, from his EC Road residence on charges of financial irregularities. It may be recalled that Mishra has been in the news for various reasons ever since he was appointed years ago as Registrar of Uttarakhand Technical University. However, recently, he was in the news for totally different reasons, particularly regarding alleged sting operation attempts on some personal staff of Chief Minister Trivendra Singh Rawat and some bureaucrats. Mishra has been charged with financial irregularities of over Rs 60 lakhs and the arrest has been made under Prevention of Corruption Charges. A case was registered against him under sections 467 (Forgery of valuable security), 468 (Forgery with intention to cheat), 420 (Cheating) and 120b of Indian Penal Code and under the relevant provisions of Prevention of Corruption Act. The Vigilance Department of the State Police has claimed that the arrest has been made after investigations against Mishra. It may be recalled that Mishra was much in the news in the recent sting case involving Umesh Kumar, CEO of a regional news channel, regarding which, one Ayush Gaur, had filed a police complaint about being forced to conduct sting operations against the CM and his personal staff by Kumar Gaur had named Mishra also in the FIR and had alleged that Mishra had promised the sting team some contracts and meetings with senior officers of the state. However, Mishra had managed to secure advance bail and stay against arrest in the case. The High Court, too, had denied permission to arrest Mishra in that case. However, it was then expected by many political analysts that Mishra could be ‘dealt with’ in some other cases and this really turned out to be true today with his arrest. The Vigilance Department also conducted raids on at least at three of his properties today. The allegations of financial irregularity are apparently some years old, but the case was registered only about a fortnight ago in this matter. Sources in the Police and the Vigilance departments claimed today that the irregularities included issuing printing orders to some firm and of “financial embezzlement”. They further alleged that the payment for the printing job had not been made to the actual printer while it was shown to have been made to some other printer in the records of Uttarakhand Ayurveda University. Mishra was then the Registrar of the university. It now remains to be seen if the state Police and the Vigilance departments are able to prove his “crime” and ensure punishment, or the case goes the way of the Umesh Kumar sting issue where the Police are facing huge embarrassment in the High Court for acting in undue haste and without enough evidence of charges made against Kumar.