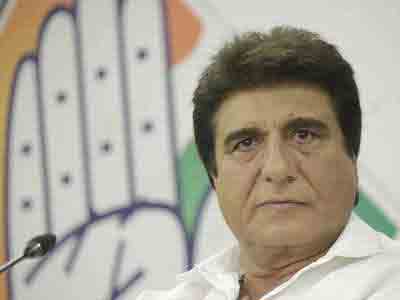 By Arun Pratap Singh
Dehradun, 14 Oct: Polling for the one Rajya Sabha seat from Uttarakhand will be held on 9 November. Chief Election Officer (CEO) of the state, Soujanya, has announced that notification for the polling would be issued on 20 October. It may be recalled that the Rajya Sabha seat is falling vacant in November this year as the incumbent, Raj Babbar, is retiring on completion of his term. Congress MP Raj Babbar’s term has been rather controversial as he has visited Uttarakhand very infrequently while being Rajya Sabha member from the state and he has focused more on UP politics during most of this period. He had for a while been also appointed as UP PCC chief. Even in the parliament, he has hardly spoken on any issue related to Uttarakhand during his six year term.
Now that there is a BJP Government in the state which has a brute majority of 57 out of 70 members in the state assembly, it is certain that the BJP candidate will win the election. It remains to be seen if Congress even puts up a candidate since that would only be a symbolic contest. Sources in the BJP said that those lobbying for the party ticket include former CM Vijay Bahuguna, former State party in charge Shyam Jaju and Anil Goyal. However, the sources also are not ruling out a new name or even a parachute candidate from outside the state. In Uttarakhand, there have been several Rajya Sabha members in 20 years who were not only not from Uttarakhand but also remained absentee MPs from Uttarakhand. These include names like Sushma Swaraj of BJP and Raj Babbar of Congress. Former CM Vijay Bahuguna has been waiting for long to be given some responsible position and place in the Uttarakhand BJP after having switched over to BJP from Congress in 2016.
According to the CEO of Uttarakhand, polling will be held on 9 November from 9 a.m. to 5 p.m. The election process would be completed on or before 11 November. The polling process would adhere to the Covid-19 guidelines and thermal scanning would be done of each voter. Sanitisers would also be installed at appropriate places.

Garhwal Post has established itself as a credible, balanced and forward looking newspaper in India. Based in Uttarakhand, the daily is read by the aware, socially and culturally responsible, high-income elite of society.
Contact us: info@garhwalpost.in
free dating sites canada https://garhwalpost.in/manhunt-hookups/