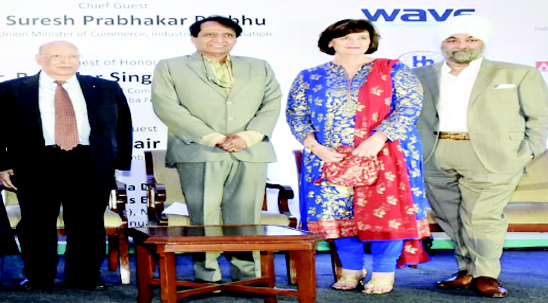 Noted entrepreneur, social reformist, philanthropist & film presenter Dr Raju Chadha was felicitated by Union Minister for Commerce, Industry & Civil Aviation Suresh Prabhu at a charity event in Mumbai recently.
Also present were Lord Raj Loomba of Loomba Foundation that is accredited to the United Nations Economic and Social Council and has played a pivotal role in helping advance the welfare of widows in India and around the globe. This special event saw in attendance a select group of entrepreneurs, bureaucrats, social workers & socialites, the most prominent being British barrister & wife of former British Prime Minister Cherie Blair.
In his address, Dr Chadha pledged to work towards the common good of humanity and support the fundamental freedom and human rights of widows and their children around the world.