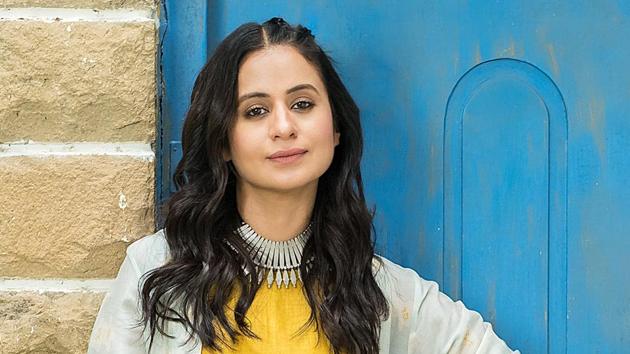 Actress Rasika Dugal is one of the names in recent times who is constantly contributing to the new content in entertainment, be it web series, short films, or feature films. It is because of her versatility as a performing artiste that she was honoured with the distinction of ‘Most Versatile Actor Of The Year’ by Iconic Achievers Awards.
On the other hand, one of her critically acclaimed film ‘Manto’ also completed two years.
In a special conversation with IANS, the actress takes us back to some of her favorite films and characters that she played on-screen, including ‘Safia’ of ‘Manto’.
Manto Directed by Nandita Das, Nawazuddin Siddiqui in the title role, ‘Manto’ released in 2018, was one of the films for Rasika that she holds very close to her heart. It was a biographical film on Urdu author Saadat Hasan Manto. In the film, she played the character of Safia, the wife of Manto.
Delhi Crime The web series, inspired by the true incident of the 2012 Delhi gang-rape case, was released on Netflix. Rasika played the character of Neeti Singh in the show. Mentioning how special the show is for her, the actress said, “Every time I receive a message regarding the show and my performance in it, people talk about the relevance of the story. It in a way, shows the mirror of the reality in our society. Even though we expect that things get changed, we all know the reality. For me, as an actress, it feels great to be part of such an important story and that is why I hold ‘Delhi Crime’ so close to my heart.”
Qissa Released in 2015 in India, the film featured also featured – Irrfan Khan, Tillotama Shome, Tisca Chopra along with Rasika. This was one of the most important films, according to Rasika and a turning point of her career. “I was fairly new back (as the film was shot in 2013) then and yet to experience the magic that we call cinema. Of course, I worked in other films before but in this film, all my co-actors, be it Tisca, Tilottoma, Irrfan sir along with our director Anupam helped me understand building a character.
“It was so interesting because this was the first time, I realised that there is something really happens between action and cut! I can prepare, rehearse and can do a bunch of things beforehand. But something magically changes in the final moment! That is fascinating, and for me, I act to reach that moment of magic. ‘Qissa’ did that to me!”
Hamid The film, directed by Aijaz Khan, won National Film Awards in 2019. The story of the film is set in Kashmir, revolves around a child and his search for his disappeared father. According to Rasika, initially, she refused to do the film, thinking she will not be able to invest so much time for preparation and that she might do injustice to the character Ishrat.
“You know the emotional journey of the character is so so different and their reality is almost like a different world altogether for us. There are so many mothers, wives in Kashmir who are waiting for their loved ones to return and despite thousands of protests, no one cares. That is haunting, heartbreaking and the one who goes through only would understand. My character Ishrat was constantly bottling up all these emotions, trying to live with her little son Hamid, almost became numb and then one day, at that protest, she finally broke down.
“It was quite an internal journey for me. I would mingle with women at the village of Badar Kot where we were shooting. In the afternoon, I would sit with them, clean Saag, vegetable and just chat to understand their mind, how they are…it was almost like an exercise and exploration of the mind. Getting access to that emotion, that grief, was tough, and delicate and I so wanted to get that right. I loved it and ‘Hamid’ is one of my favorite.”

Garhwal Post has established itself as a credible, balanced and forward looking newspaper in India. Based in Uttarakhand, the daily is read by the aware, socially and culturally responsible, high-income elite of society.
Contact us: info@garhwalpost.in
https://garhwalpost.in/best-dating-sites-for-over-40-australia/ https://garhwalpost.in/local-single-milfs/