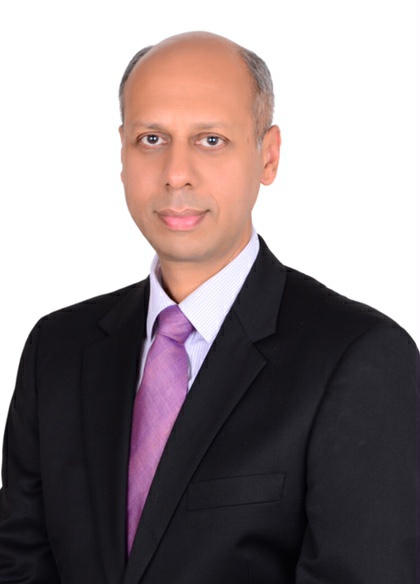 ‘Arise, awake, and stop not till the goal is reached’ was Swami Vivekananda’s clarion call for the subjugated Indians during British rule. This was his response to pull Indians out of the inferiority complex that the British had drilled into us back in the 18th/19th century by crushing our pride and breaking us psychologically so we could never rise against them. A handful of them ruled over 400 million Indians by creating myths and illusions that we Indians were a bunch of uncultured losers who lost all our wars and it is actually the outsiders, like the British from the west, who brought progressive thoughts, ideas, knowledge, and taught us good governance.

It was this negative spell that had chained the Indians, which Swamiji was trying to break. He understood that he was fighting a war of narratives, where his ‘facts’ were competing against the powerful ‘illusions’ being conjured up by the British. In a way, Swamiji was the modern day Jamvanth, from the epic Ramayana, who was trying to remind Hanuman, us Indians, of our latent potential and inspiring us to take that the big leap towards freedom. He knew that, if India were to attain freedom and achieve her full potential, Indians would have to unshackle and come out of this inferiority complex. He would hark back to India’s rich spiritual and cultural past to instil belief and self-confidence.

Incidentally, self-reliance is a term that has gained currency again in today’s time as Modi launched the “Atmanirbhar Bharat” theme for India to come out stronger in the post COVID world. It is ironic that after 70 plus years of Independence, self-reliance still eludes us as we continue to be under the same negative spell that the British cast on us. It did go on the wane and India went through an inspired phase eventually leading to its independence. However, unfortunately for us, that spell was recast and reinforced by our very own new dispensation post-independence. As a result, self-doubt continues to persist, requiring a perpetual assurance from the west.

It is in this context that we need to see the recent report on India’s democracy by a hitherto unknown US entity called Freedom House and the ruckus that it has created as it downgraded India from being ‘free’ to ‘partly free’. Subsequently, a couple of obscure think tanks have come up with similar reports downgrading India. These reports stand on flimsy ground, anchored on baseless assumptions and opinions picked up from a biased US media. A large part of our highly anglicised intellectual class, which continues to look up to the west for validation, coupled with the fact that their strong leftist moorings have led them to develop a deep distrust in the current regime, quickly latched on to these reports and used them as a stick to beat up the Modi government. This has been a trend ever since Modi took charge in 2014, which has intensified post 2019, as all indicators point to an international conspiracy, which is exploiting our internal fault lines. I mention this in my recently released book, ‘The Crusader: How Modi Won 2019 Elections’.

Today, Modi finds himself exactly in the situation as Swamiji was during British rule. It is he who seems to have taken over the baton as he continues the fight for the war of narratives, a war between ‘illusions’ and ‘facts’, a phenomenon I delve in some detail in my book. Modi, today’s Jamvanth, is coining themes like Atmanirbhar Bharat and building self-pride amongst Indians. He seems to be succeeding in this endeavour, as since 2014 he has been able to create a countervailing impulse that has gathered momentum and is dominating the political landscape today, leading to a resurgent India narrative, which has gained currency cutting across hierarchies and barriers. This large section takes immense pride not just in India’s ancient past but celebrates India’s successful forays in contemporary medicine, science and technology.

While it confidently denounces ‘illusions’ like the Freedom House report, it breaks into rapturous applause as India takes the lead in saving the world through its vaccine diplomacy. It pooh-poohs attempts to heighten our national guilt when random unfortunate incidents, a sad legacy of social evils that inflict every nation, are picked up by international press and our own anglicised intellectuals, and masqueraded as caste or communal biases inflicting our nation. On the other hand, it indulges in a spirited display of triumphalism when India develops an anti-satellite missile system or successfully puts multiple foreign satellites in space. This is a sure sign of a ‘new India’ in the making, a self-confident and a self-reliant one at that.

This newfound confidence is at test again as naysayers launch a brutal onslaught on Modi for his COVID crisis management. In the past Modi has overcome such attacks and come out stronger. However, this is arguably the most ferocious global offensive Modi has ever faced. His ‘idea of India’ is under siege and the nation waits for his response with bated breath.