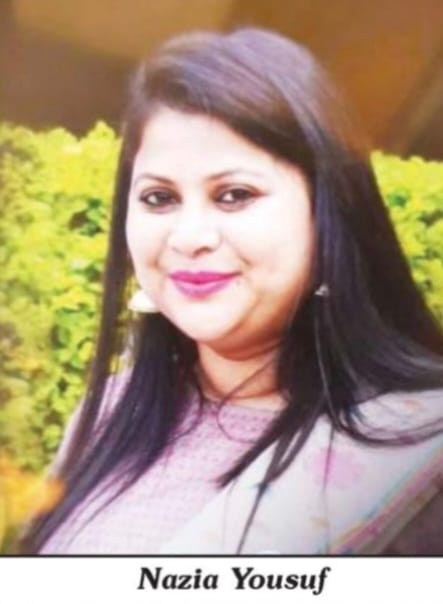 By Our Staff Reporter
Dehradun, 26 May: Nazia Yusuf, wife of Sachin Upadhyay and Director of WIC Club of Dehradun has been arrested in Kochi. Absconding for a long time, she was arrested from Kochi Airport by Kerala Police on the basis of a lookout circular that had been issued against her. She was wanted in a number of alleged cases of fraud and illegal land dealings and had absconded more than a year ago when the Uttarakhand Police had raided her house in Rajpur. While her husband Sachin Upadhyaya was arrested, she had gone missing. 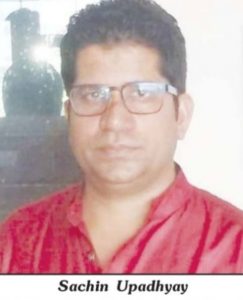 It may be recalled that Sachin Upadhyay is younger brother of BJP MLA from Tehri, Kishore Upadhyay. Following her arrest from the Kochi Airport late last night, Dehradun Police was informed about her arrest based on the lookout notice. Dehradun Police personnel have left for Kochi to bring her back to Uttarakhand to face trial. Yusuf was absconding for a long time after being accused in several cases related to serious frauds involving government as well as private properties. The fraud is estimated to be in crores of rupees.
Dehradun Police suspected that Yusuf was trying to flee the country. SP, City, Sarita Dobhal has confirmed the arrest of Nazia Yusuf, wanted in many cases in Uttarakhand. Most cases are registered at the Rajpur Police Station. It may be recalled that a case of cheating was registered on 12 March, 2017, at Rajpur police station against Sachin Upadhyay and his wife Nazia Yusuf, resident of village Chalang in Rajpur. The lawsuit was filed by Mukesh Joshi, a Delhi-based businessman and originally a resident of Trafalgar Apartment, Dhorankhas, in Dehradun. In his complaint, Joshi had told the Rajpur police station that, in the year 2012, he had filed a case against Sachin and Nazia at a Delhi police station regarding sale of their joint property through forged signatures. However, later, both the parties had reached an agreement under which it had been decided that Sachin would give Rs 2.65 crores to Mukesh. It was further agreed that till this amount was paid, a property located on Rajpur Road of the accused would remain mortgaged with Joshi.
However, as per the FIR filed by Mukesh Joshi, the duo did not honour the agreement and never returned his money despite the fact that he had been continuously pursuing them to do so. Meanwhile, Joshi came to know that the accused had taken a loan from a bank on the property mortgaged with him under the agreement. When Joshi protested this development, Sachin Upadhyay allegedly started issuing threats to him. In fact, Joshi had to approach the courts to get a fresh case registered in Dehradun against Upadhyay, following which a SIT inquiry was ordered into the case. While the police arrested accused Sachin Upadhyay in January 2020, Nazia absconded. The police had also pasted a notice to appear in court at Nazia’s residence, but she did not do so and was absconding for more than 2 years. Now that she has been arrested, the Police claim that the case will be taken to its logical conclusion.