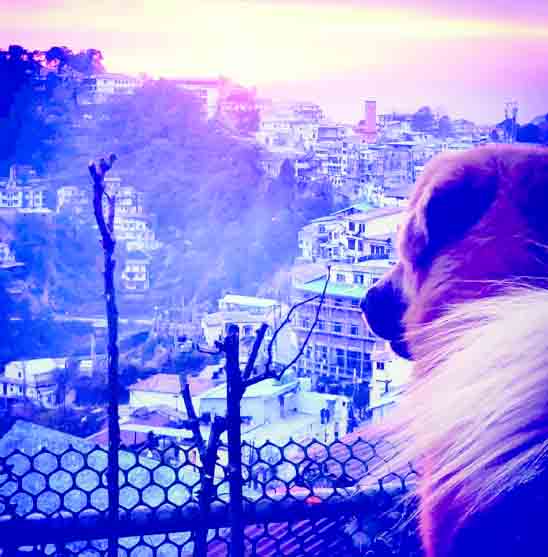 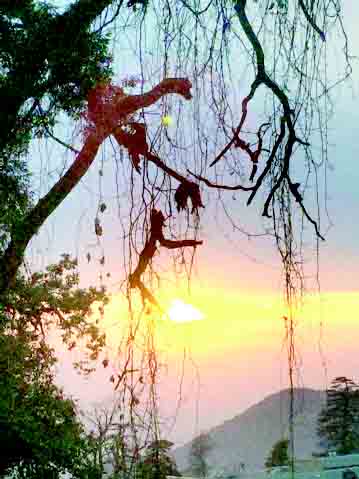 Often at the starting line, one can tell the winners from
the losers – or that’s what we believed in our salad days. That was when Jasbir walked away with all the prizes for academics.
‘What were you doing?’ You may fondly ask.
‘Cricket crazy!’ We would pipe up. For we walked, talked, lived and ate the magic of the twenty-two yards. Nothing else mattered. There were only three fields – in reality no more than patches of flat that had probably been someone’s backyard in the good old days. They were the only places we were not shooed away from: Taylor’s Flat or Survey Field; Cheh Tanki at the top of Landour and Sylverton’s playing grounds below Picture Palace Cinema.
Of course Jasbir would have nothing to do our wastrel ways. If you broached the topic, he would look down his nose in disgust, shake his head to ask: ‘Do you know what’s the 17th Parallel?’
We were stumped. Though echoes of the Vietnam war resounded in the 1960sbut it was something far, far away from where news trickled in of carpet bombing; napalm; Agent Orange and the brave Vietcong. But we were young. We were content to be lost to the world in chasing a fast fading red ball across a gravel strewn field.
Life moved on–as it tends to –no matter what you do. Fast forward to decades later and I bumped into Jasbir in his green grocer’s shop, content adjusting his bulky spectacles on his nose whilst selling vegetables with green chillies thrown in for free.
‘Aren’t you 17th parallel?’ I asked. The years peeled away. He stared back at me. ‘What’s that?’ he asked, as he adjusted the wares in his family-owned shop in Landour’s narrow lanes. Had it wiped out all memories of the magic of youth? And it was not as if I had gone places either. Here was I, a struggling writer – a stringer of words – bravely trying to punch stories together.
Then there was Boka – the stupid one – who stayed to himself. I saw him again half a century later, panting up the grind of Mullingar, looking like an out-of-season Santa Claus. Here was the brightest of our bright –who had once rubbed shoulders with high and mighty–studied at the University of Kiev where among his classmates, he counted Samuel Doe, the President of Liberia, who was shot in a coup.
‘Can I ask you for a favour?’ Abruptly he asked me one fine day. ‘Could you please ask Tania to shoot a video clip of my energy healing?’
‘Why not!’ I thought. My daughter was working for a news channel and it couldn’t possibly do no harm. Off she went over to the house below the road a little distance from our home. But fate intervened. A sun flare glinted in the lens as the camera panned outdoors.
“See!’ exclaimed Boka, ‘That’s the energy of touch therapy moving alongside my hand!’ And the footage went viral on the local cable network, with predictable results – a dam burst -henceforth there was no looking back, the floodgates opened as hordes of patients (including some bearing gifts) turned up at the front gate, clogging the road. Though it must be said that local enterprise, never to be underestimated, rose to the occasion as makeshift shacks sprang up on the roadside. Someone had to feed the hungry masses. Our boys plunged in to make a quick buck. This unseasonal downpour saw visitors fill up Landour’s empty hotels, much to the hotelier’s glee; the eateries swarmed with ravenous visitors, much to the dhabawala’s glee and Boka was felicitated by local VIPs with marigolds garlands, much to Boka’s glee. Finally, the village idiot had pulled off his favourite trick by fixing the unfixable, and curing the incurable! Something had to give and it did. The bubble burst and he went down with hepatitis, and suddenly passed away.
There are no seventeenth parallels in life.After all, what would folks like me write about without our wonderful losers? How could one let them sink unnoticed, unwritten, unsung and be forgotten?

Garhwal Post has established itself as a credible, balanced and forward looking newspaper in India. Based in Uttarakhand, the daily is read by the aware, socially and culturally responsible, high-income elite of society.
Contact us: info@garhwalpost.in
gay cam sites like omegle local single milfs trans women hookup