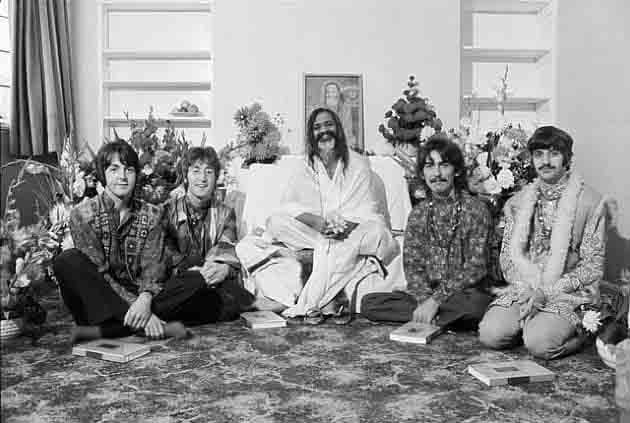 Revisiting the Beatles in Dehradun!!

On the 16th of February 1968, 2 unconventionally dressed men landed at the Delhi Airport. They got into a Amabassador Taxi and travelled along the dusty road for 6 hours and reached the town of Rishikesh. In between, they stopped briefly for lunch at the Cheetal Restaurant which used to be next to the canal. There they ran up a “huge” bill of rupees 35!! 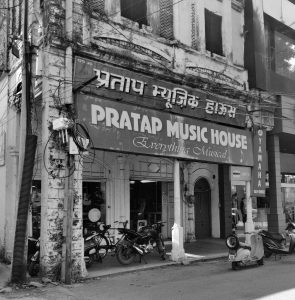 “A comfortable three minutes, thank you,” wrote John Lennon in their visitor’s book. George Harrison tried to impress with his Hindi and wrote “Accha”!!

The Beatles were no ordinary men. They had slipped in incognito because they had a fan following like none else ever had – or no one subsequently will probably have. John Lennon and George Harrison were later joined by Ringo Starr, Paul McCartney and a few of their close friends.

What brought them to a nondescript town like Rishikesh? The answer lay in the simple fact that the Beatles were too caught up in the celebrity circus—camera flashes, intrusive reporters, screaming and swooning women and fans, money, sex, drugs. They wanted to get their feet back on the ground. Searching for that, they came to study Transcendental Meditation at the Maharishi Mahesh Yogi Ashram in Rishikesh. Mahesh Yogi had a reputation which clearly enamoured the Beatles. Ringo Starr wrote about Mahesh Yogi when the latter was on one of his promotional trips in England.

The Beatles’ decision to study Transcendental Meditation in India brought international fame to Mahesh Yogi, the ashram and to sleepy and spiritual Rishikesh.

The accommodation allotted to the Beatles at the Ashram, (“Chaurasi Kutia”- 84 huts) were equipped with electric heaters, running water, toilets, and English-style furniture. The Beatles adopted native dress, and the ashram had a tailor on the premises to make clothes for them.

The Beatles came shopping to Dehradun and were escorted by Ajit and Amrik Singh, who own the popular “Pratap Music Shop” in Astley Hall. Pratap Music House is an iconic music shop which started in Lahore in 1885, shifted to Mussoorie in 1942 and, then, to Dehradun in 1949. Ajit is now in his 90s, and is sadly no longer able to recollect much. But Amrik, his younger brother, (who is himself 85 years old) has a razor sharp memory.

I met Amrik at his shop in Astley Hall. When I entered his shop, I found him deeply engrossed and bent over settling a young man’s violin with a pony and a beard. After 20 minutes, he gave the violin strings a tug, ran his fingers over them, heard the sounds emanating from them very minutely, and said, “It’s ok now”!!!
I told him I was impressed with his knowledge of strings.

“It’s simple, you get to know the strings, if you like or love music,” he replied!!

Inevitably, the conversation veered towards the Beatles since he and Ajit had escorted them during their stay at Rishikesh. I was a hopeless Beatles addict – and I think I still am. To me, they were surreal. I remember how everyone in school had wanted to have a glimpse of them – and we also knew it was impossible to do so!!
“Were they surreal?” I queried.
“Oh no, they were very normal and regular guys. Just like you and me,” he answered with a semblance of a smile.
I shrugged my shoulders and said, “That can’t be true. Look at their following compared to mine.”

“Don’t mistake popularity and fame with surreality, my friend. They were entertainers. And they were successful entertainers. Perhaps you are very successful in what you do. But your appeal may be limited because you are not in the business of entertaining.” He smiled and continued, “John Lennon came and stood where you are standing, and asked us to remove the enamel from his new guitar. He did not like its gloss. He also ordered a pedal harmonium. He wanted it painted in psychedelic colours.”
“Were you able to do the needful?” I asked.

“Yes, of course. When we gave back his guitar to him, John said he was relieved. He told me he hadn’t slept for three nights because the guitar had cost him a phenomenal 3000 dollars!!!!”
“And what about the Harmonium,” I asked.

“George Harrison looked at the work we had done on the harmonium and said, “It’s very nice!” replied Amrik.
Amrik also told me that Ajit was in possession of a four line appreciation letter written by the Beatles which is lying somewhere in the hundreds of files of the Music House.

“I am sure you know that it would be worth millions of dollars if you can retrieve it?”
“Ah, at this stage of my life I have no time or inclination to look through the files,” he responded.

I took leave of Amrik after chit-chatting with him for long about old time Dehradun, and promised to come back – he is an encyclopedia on Dehradun and knows the history of each shop in Astley Hall.

Finally, before signing off, let me tell you something – I met George Harrison at a florist’s shop outside the Taj Man Singh Hotel about 40 years ago!

(Kulbhushan Kain is an award winning educationist with more than 4 decades of working in schools in India and abroad. He is a prolific writer who loves cricket, travelling and cooking. He can be reached at kulbhushan.kain@
gmail.com)