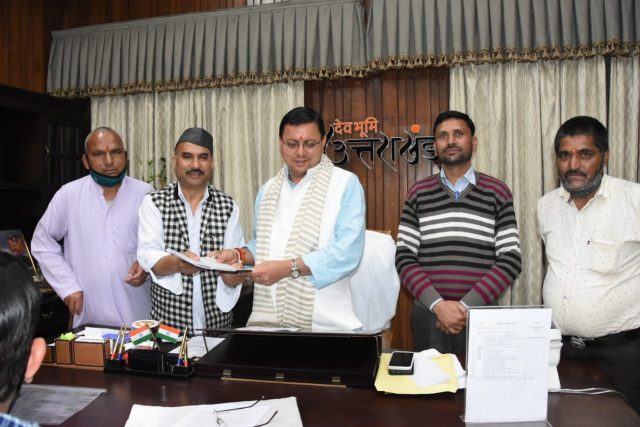 By Our Staff Reporter
Mussoorie, 12 Oct: A delegation of Shifan Court evacuees, under the leadership of Kamal Bhandari, Convenor of Shifan Court Homeless Committee Pradeep Bhandari, President Sanjay Tamta and General Secretary Rajendra Semwal met Chief Minister Pushkar Singh Dhami, today, and held a discussion on their rehabilitation.
They claimed the Chief Minister agreed to the proposal to allot land to the affected people. The evacuees expressed happiness on getting a positive response from the young Chief Minister. Pradeep Bhandari said that, for the last one year, various assurances were given to them by many people and leaders, but everything proved to be hollow. They asked the Chief Minister that, instead of providing houses, they be given 50 square yard pattas on municipal land in Mussoorie.
The Chief Minister has forwarded the proposal to the Urban Development Department for action as per rules.