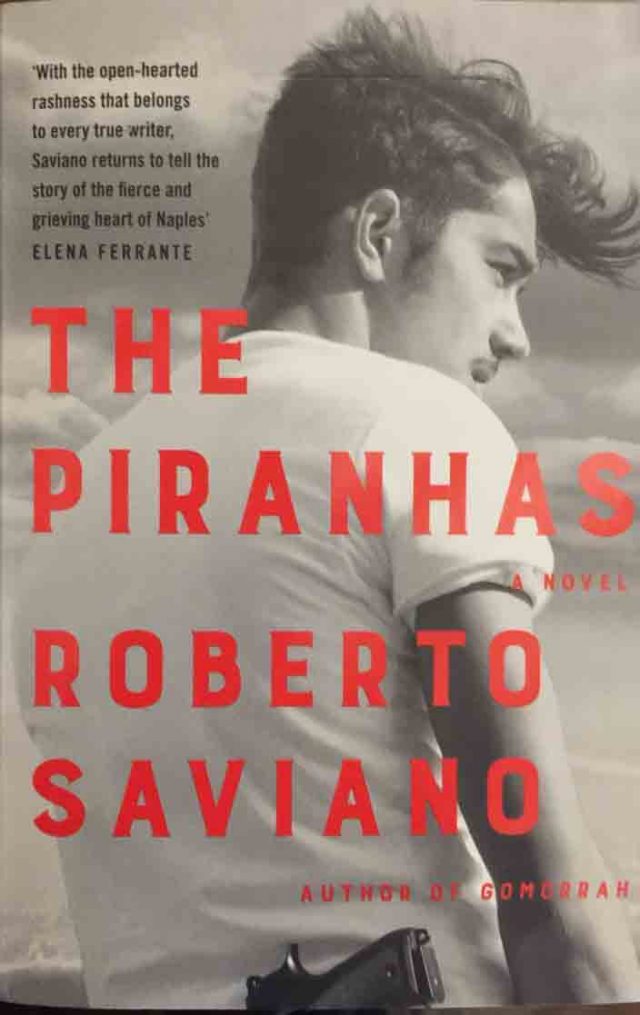 ‘ Poetry is what is often lost in translation.’ And I must admit that this is the closest I have ever come to nodding my head in agreement with this oft repeated admonition. Barely say ‘go’ and The Pirahanas hurls you, with nary a warning, plunging you into a sordid world, that is definitely not for the faint hear ted. You find yourself surrounded by millennial teenagers who defy classification. Roberto Saviano’s fictional tale of the ‘boy gangs’ of Naples, finds Nicolas Fiorillo, the 15-year- old ‘Maraja’ (or Maharaja, the gang leader of the ‘baby bosses’ of Naples) who resents the banter that teenager Renatino has been directing at his ex-girlfriend, Letizia. What does he do about it? Well! Along with his partners in crime, he pins down the writhing fellow, trussing him up with a bicycle chain, handcuffing him and then defecating on his face. Leaving very little to the imagination, the author forces the reader much alike the pinned down boy to see the disgust from his end of the telescope. 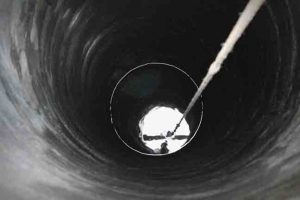 You become an active participant in the shame that is brought to bear down upon the boy, trussed up on the ground watching the act of a big hulk emptying his bowels upon his face. Believe you me, you could end up sicker than the boy lying helpless on the ground. Unless of course you are made of sterner stuff. That said, the book is definitely not meant for those of a weaker disposition. The author takes you through a city, he calls home, to slam into the underbelly of gang warfare. Be a guest and share a young man’s lust to clamber over everyone else. Fifteen-year-old Nicolas Fiorillo is from the slums of Naples, with a fire in his belly, he aspires to rise beyond his humble origins with the singular desire of acquiring power. The money and all that goes with it can come later. So, he along with his ilk sets out to create a new gang. They take to stalking the streets where they quickly learn how to break into matrix of hoodlums controlling drug- deals and petty crime in their city. They begin by cheating and stealing, and you find that they have soon graduated on to firing semi- automatic pistols and sophisticated AK-47s. Bit by bit, one at a time, they grab control of the neighbourhood from other gangs. Where they cannot hope to win, they make compromises or take the lesser travelled route of making alliances with fading bosses. Nicolas’s questionable talents help his gang’s rapid rise even as it brings with it a tempestuous storm of death. My guess is this is the glue that holds the gang together is and at the same time serves the dual purpose of holding the reader’s attention. Any traveller taking the train in Down Under’s pride – Sydney – cannot ignore the graffiti painted on the walls of the railroad. ‘What are these?’ I innocently asked my old friend Anmol. ‘Those?’ he replied, adding: ‘They are the signatures of young gangsters in a language that only they understand. Not for you and I!’ And the moment passed. How I wish this could have been a work of non- fiction, rooted as it is in the reality of modern-day Naples, where gangs like these are rampant and the so-called “baby gangs” consist of teenagers, if not younger. They are thugs of the Al Capone variety, loosely connected to the Camorra, and the only difference is that they still have acne. The scary part is that they are kids who use the video games like Grand Theft Auto to train for a tanker truck heist while trying out weapons, whose kick can barely control, on helpless immigrants waiting at a bus stop. It is raw. It is delivers knock out punches. Of course given the success of his earlier works, the author keeps his narrative moving at breakneck speed just like the crazed scooters the young hoodlums ride, risking both their lives and limb through the dark streets of Naples into the murky depths of the night. But if you’re the touchy types, this is not your kind of read, nor is this your time for a rollercoaster ride.

Garhwal Post has established itself as a credible, balanced and forward looking newspaper in India. Based in Uttarakhand, the daily is read by the aware, socially and culturally responsible, high-income elite of society.
Contact us: info@garhwalpost.in
free dating sites canada https://garhwalpost.in/bicupid-dating-app/