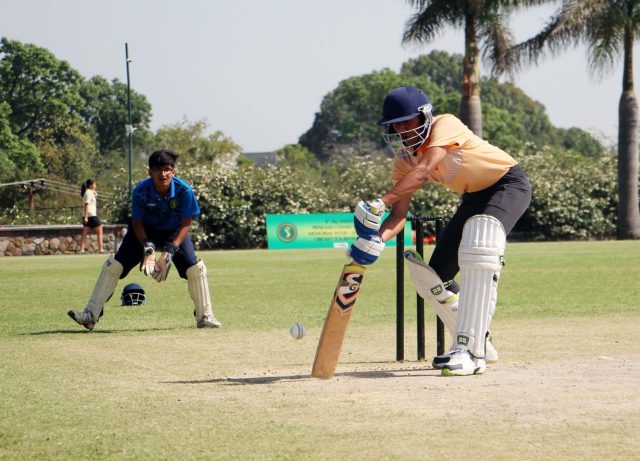 By OUR STAFF REPORTER
Dehradun, 15 Apr: Two league matches were played today in the 4th PC Batta Memorial All India Cricket Tournament underway at the Oval Ground of Kasiga School, here.
The first match was played between Welham Boys School and DIS Riverside School. The toss was won by Welham Boys, who decided to bat first. The team scored 114 runs in 20 overs. DIS Riverside was only able to score 101 runs in 20 overs. Welham Boys won by 27 runs.
The other league match today was played between Woodstock School and Wynberg Allen School. The toss was won by Woodstock, who decided to field first. Wynberg Allen scored 71 runs in 18 overs. Woodstock School could only score 68 runs in 18.3 overs. Wynberg Allen won by 15 runs.
The umpires for today’s matches were Mohit, Sharik and Sourav, while the scorer was Sorav Thakur.