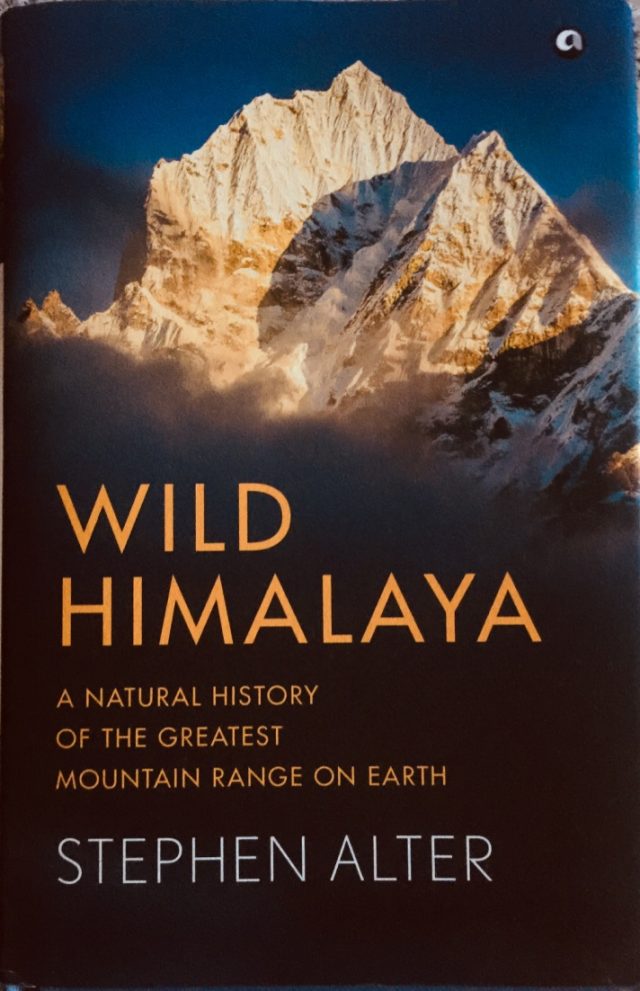 Statutory Confession: Stephen Alter and I have had the good fortune of being born and brought up in the foothills of the greatest mountain ranges in the world. He schooled in Woodstock. I elsewhere. He taught the world over. I elsewhere. Teach we both did. And mercifully that is where this warning ends. Phew! That out of the way, I sit back to read his latest book, which begins in deodar-fringed Oakville, home to generations of the Alter family. Soon I am transported to a moveable feast so fulfilling that I cannot tear myself away. I devour the pages – all 394 of them – in a single sitting. Much alike the mighty ranges, the book takes within its sweep the extensive mountain chain, from Nanga Parbat to the west to Arunachal in the south-east, a swathe that spreads 1700 miles in length and encompasses an area that is, in places, a 100 to 150 miles wide. Its enormous bulk straddles seven countries: Afghanistan, Bhutan, China, India, Nepal, Pakistan and Tibet. The Wild Himalaya: A Natural History of the Greatest Mountain Range on Earth, deserves every single superlative. It is, by itself, superlative. You are in the highest mountains; the highest pass; the deepest gorge or meet the highest-living creatures anywhere on earth. And no easy, lazy, laid back arm-chair writing this. Stephen travels to meet the Demons of the Death Zone, at Base Camp of Nanga Parbat, climbed in 1953 but by which time it had already snuffed out thirty lives. “I am confronted by a tall, bearded man, dressed all in black, carrying an Ak- 47.’ Luckily for Steve, Halimullah, as it turns out, is to be his police escort – a basic security precaution after terrorists shot dead ten foreign mountaineers and one local guide in what was possibly a botched kidnapping attempt. ‘ … away from the mountains, I can still see them in the distance, rising up like waves of light and shadow in my mind,’ he writes, thinking of the delicate water colours by a friend, Tobit Roche. Inspired by the mountain-island of Nanda Devi, 25,645 feet high, called the pearl of the Himalaya, set in the Garhwal Kumaon ranges. The highest mountain in India, it is, with its double peaks linked by a razor’s edge – with a sheer 10,000-foot wall of ice dropping like a plumb line to the inner recesses of the sanctuary. Returning to London, Tobit repaints the mountains, but this time from memory, on larger canvases, with a Himalaya minus the accuracy of immediate observation, but with a dream-like vision. His finds himself in Everest Base Camp, past the highest settlement in Khumbu in Gorakshep – usually translated as ‘graveyard of crows’. A travelling companion reminds him that ‘gorak’ is actually a raven. Of course at this height, the yellow-beaked choughs with black feathers like crows are aerial acrobats that follow climbers for scraps up to the South Col of Everest. They are dare- devils, these birds and often plunder the precious bags of mountain supplies. But Stephen’s new friend, makes a face. ‘I don’t like these birds. They say if a climber dies on the mountain, they will peck out his eyes.’ But there is no eye strain when you meet the foremost folklorist in Uttarakhand, the formidable Professor Datta Ram Purohit to witness the Dhol Sagar or the ocean of drumming. There are sixty-four sounds of bird and beast that drummers can turn into beats. There is for instance the territorial cicada’s mating calls that produce sounds of upward to a 100 decibels – with little tymbals and a hollow abdomen, it produces a huge noise like a rock concert. Watch out! It may damage your eardrums. (‘ham ram ram ram ram ram ram ram ram ram tam gam or khini khini khinita ta tani tajhe jhe ta jhi gi ta ….) Purohit explains: ‘The drumming induces a trance but the dancer has to be receptive.’ ‘As we absorb its beat,’ observes Stephen Alter, adding, ‘the rhythm arouses something in our primal, primitive selves and we are often afraid that our bodies may respond with unrestrained passion.’ A highly recommended read. Especially for those who love mountains magic. 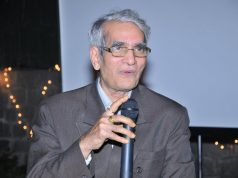