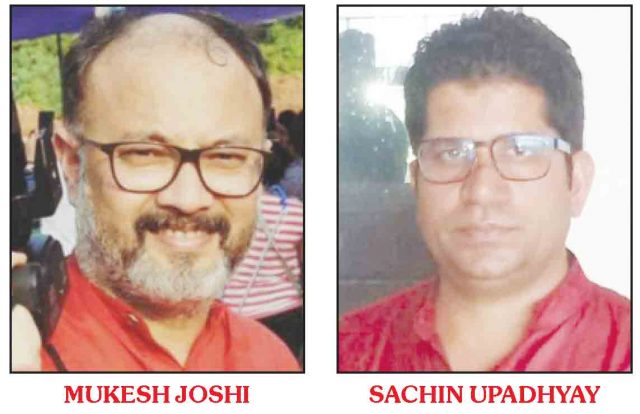 Dehradun, 25 Jul: Awakening from a deep slumber that lasted more than two years, the Dehradun Police have finally constituted a Special Investigation Team (SIT) to investigate charges of land grab against Sachin Upadhyaya, who runs a well known club in Dehradun! Upadhyaya actually faces multiple charges connected to the club but, so far, the departments concerned and the Police have not been able to complete the investigation on the allegations and take action against him. Therefore, the bigger question is whether the Police have the desire and the will to complete the investigation, given the fact that it was reluctant to take the case to its logical end. The SIT was constituted last week by IG, Garhwal, and will be headed by Circle Officer (CO) Jaya Baluni. The SIT has been entrusted the task of investigating charges of land grab levelled by Dehradun resident Mukesh Joshi, a leading civil contractor. However how “serious” the Police have been on investigating the charges levelled against Upadhyaya can be seen from the fact that the complaint against him was filed by Joshi in February, 2017, but the Police did not complete the investigation. Joshi had alleged that Upadhyaya had grabbed his property through counterfeit signatures. This case was initially filed in Delhi in 2012 and a complaint filed with Dehradun Police in 2017. Upadhyaya is stated to be a highly influential person since he is the younger brother of powerful Congress leader Kishore Upadhyaya, who has been the PCC Chief, too. The Police had been so reluctant to take the case to its logical end that, soon after the case was registered, the Police filed a final closure in the case in December, 2017, claiming that the complainant was not cooperating in the case! That this was a false claim is reflected from the fact it was challenged in the court of ADJ-III by complainant Mukesh Joshi. The Court had on 27 April nullified the final closure report, much to the embarrassment of the Police. However, even then, the Police failed to restart the investigation, forcing Joshi to file a complaint with the CM in this matter. Finally, the Police were forced to constitute an SIT into the case at the direction of the CM, himself. In his complaint, Joshi had claimed that he and Upadhyaya were partners in business but Upadhyaya and his wife cheated him by using his counterfeit signatures to grab his property. Later, when Joshi filed a case against him in a Delhi court, Upadhyaya entered into an agreement with him, agreeing to pay him back and even mortgaged one of his local properties with him (Joshi). However, it was found that the property in question had already been mortgaged to a bank against a loan. When confronted, Upadhyaya allegedly refused to pay Joshi back, who then filed a complaint with Dehradun Police in 2017. Sources in the Police department admit that SITs have not been very useful in such cases, so far, due to lack of will on part of the officials. In this case, sources claim that the club has faced other charges too apart from the current case. Charges have been levelled from time to time regarding illegal construction without due sanction of the MDDA and other authorities. Yet another allegation is of encroachment on government land adjacent to the private property on which the club is running. However, not a single case has been taken to its logical conclusion. It remains to be seen, if the Police will finally show the will to carry out the investigation in a fair and free manner now that SIT has been formed.