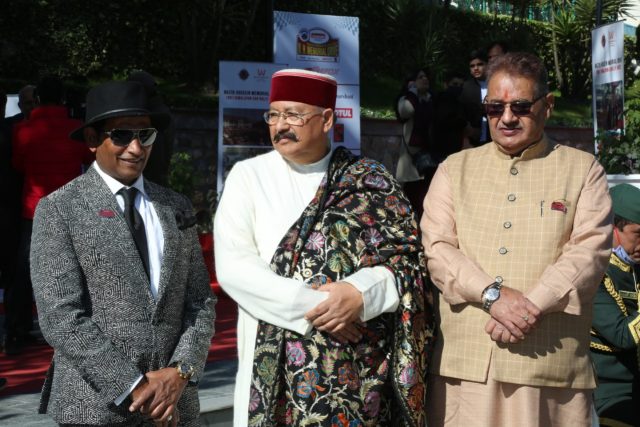 By Sunil Sonker
Mussoorie, 11 Nov: State Tourism Minister Satpal Maharaj said, today, that the BJP is once again going to form the government in Uttarakhand in 2022. Many significant works had been done by the government for the state and the people, which would be rewarded with a full majority in the elections. He asserted that he would remain with the BJP. He had joined the BJP in 2014 when PM Modi was fighting to establish the party and he was a partner of that struggle. Other people joined in 2017. He had left the ruling party in the initial stage and joined the BJP.
Maharaj further said that he does not carry grudges; he communicates with the top leadership for the general good when needed.
Countering the criticism that the Hemkund Ropeway project was a Congress project, he said that earlier it was planned from Govindghat to Govind Dham, but the BJP government would take it from Govindghat to Hemkund Sahib.